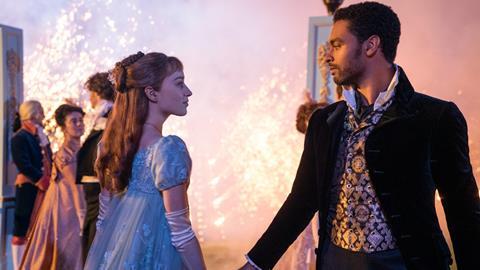 The figure for the year to 31 March 2021 was £600,000 down on the record-breaking prior 12 months but included a quarter when production was completely halted.

Once safe Covid protocols had been developed, BFI data found that spend on high-end drama rocketed in Q4 2020 to £800m – the second-highest quarter on record.

The contributions to the fund, which were taken from high-end scripted shows including Netflix’s Bridgerton, BBC1’s Call the Midwife and Apple TV+’s Ted Lasso, supported almost 2,000 people with training and career development, much of which was rapidly moved online in the wake of the pandemic.

Around 100 individuals were supported to step up to more senior roles, as the rush back to production causes a bunfight for talent. Broadcast understands some productions have had to consider delays due to an inability to crew up senior roles.

Meanwhile, 156 trainees used ScreenSkills’ Trainee Finder programme, of whom 66% were women, 20% were black, Asian or minority ethnic, 68% from the nations and regions, 21% LGBT and 12% disabled.

Kaye Elliott, ScreenSkills director of high-end television, said contributions, which are not mandatory, have “bounced back” in a “very challenging year”.

“Productions recognised the importance of investing collectively in workforce development and growth and paid into the fund once production resumed despite the extra costs of the pandemic,” she added.

“We were able to deliver a relatively successful year of training given the circumstances, which has been much needed as production returned with gusto and production is now at levels not experienced before.”

The news comes two weeks after the launch of the £3m Unscripted TV Skills Fund, which will plug skills gaps in non-scripted by charging a 0.25% levy on the budget of all unscripted productions.