“This thoughtful documentary wore its knowledge lightly and was sufficiently in-depth without lapsing into technobabble.” 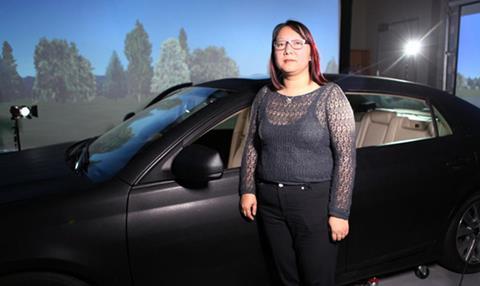 “This thoughtful documentary wore its knowledge lightly and was sufficiently in-depth without lapsing into technobabble. The producers made the smart decision to feature a high ratio of female experts and journalists, to stop it all getting too blokey and Top Gear-ish.”
Michael Hogan, The Telegraph

“It’s an excellent documentary that very thoroughly covers everything. And yet I did wander, a bit. Maybe it says more about me. Maybe it’s because there is no presenter to engage with. That is ironic isn’t it, that I might have felt more comfortable with a human presence to steer me through the science?”
Sam Wollaston, The Guardian

“One question that the soulless Horizon: Dawn Of The Driverless Car failed to pose was: what rocker will ever write a love song to a robotic electric transport pod? Could you have imagined Freddie Mercury belting out I’m In Love With My (Driverless) Car, or The Beatles harmonising on ‘Baby, you can’t drive my car because a computer chip does that, beep-beep-mm-beep-beep yeah!’”
Christopher Stevens, Daily Mail

“The truth is, once you’ve had your little tee-hee about naked people on the telly, it’s just awkward and boring. On television, anyway, fannies and willies are less interesting than the people attached to them, and we’re not finding out anything about this lot.”
Sam Wollaston, The Guardian

“I avoided Naked Attraction’s first season, assuming it was an aberration, like Keith Chegwin’s Naked Jungle. I watched the first of its new run, in various states ranging from embarrassment through mild arousal to boredom.”
Andrew Billen, The Times

“Naked Attraction is tailor-made to be a Twitter talking point and could prove titillating for younger, more giggly viewers. I’ll stick to its fully-dressed stablemate First Dates. Just as long as maître d’ Fred keeps his trousers on.”
Michael Hogan, The Telegraph

“This series works best when scraps of doubt linger over the true facts. If there’s even a speck of danger that the woman in the prison jumpsuit is serving an unjust life sentence, we feel an involuntary rush of sympathy. But there was no question about Wright’s guilt. She was a manipulative psychopath who should never be released.”
Christopher Stevens, Daily Mail

“I wondered why her claims to have changed seemed so hollow. Was it because her face showed so little emotion. Or because only six years had gone by?”
Matt Baylis, Daily Express

“The story is the sort of thing that used to be on telly at teatime. This is on way after bedtime despite having a plot so fanciful that only nine-year-olds could really swallow it.”
Matt Baylis, Daily Express