“When this is over and they come to write the history of this virus, documentaries such as this will be living encyclopaedias.” 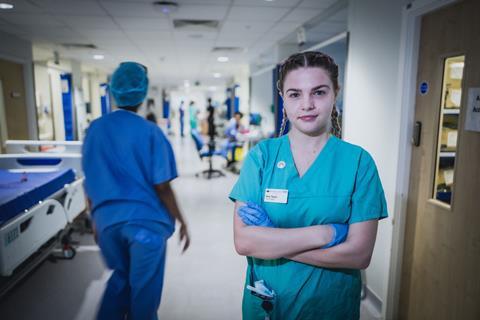 “When this is over and they come to write the history of this bastard virus, documentaries such as this will be living encyclopaedias. Not just as witnesses to the developing medical science and our own awakening to the virus, but to its mercurial stealth. The storytelling was excellent, giving us both a patient’s and doctor’s eye view, but also a taste of what it is like for the families at home, unable to visit and desperate for scraps of information. If you watch part two tonight, bring tissues.”

“Hospital is one of the BBC’s best documentary strands and this episode (the concluding half is on tonight) was excellent. It stands apart from other series of its type because it divides focus equally between the management, medical staff and patients. If there is such a thing as compassion fatigue, this programme did not engender it. I willed these patients to come through and shed a tear when they did. The most important thing that the film did was to humanise those who contract Covid-19.”

I Know This Much Is True, Sky Atlantic

“It is heavy stuff. There is little light and shade, and no wider, deeper commentary to be had. Thomas has paranoid schizophrenia and has been more in than out of state hospitals for 20 years. His twin Dominick is bound to him by ties of love and duty, abraded by resentment, grief and fatigue. The strength of all the performances – Ruffalo’s of course, but also Kathryn Hahn as his still-loving ex-wife, Rob Huebel as her new partner and Dominick’s friend, Melissa Leo as the twins’ downtrodden mother, and Archie Panjabi as Thomas’s new psychiatrist – makes it worth watching.”

“Actors Ricky Tomlinson and Ralf Little, eight years on from their last appearance as father and son in The Royle Family, take a campervan road trip around the north of England, to reverse decades of travel documentary neglect.

Neither made any pretence of knowing the history of the places they visited (the voiceover really pulls its weight here). Instead, they travelled merrily, visiting tourist attractions and local sports teams and eating lots of chips, bread and seafood. If you came to learn something then you’d likely have been disappointed, but what we got instead was the jokey camaraderie between the two as they reminisced about filming together and joshed around with the locals.”

Who Wants to Be a Millionaire, ITV

“Host Jeremy Clarkson is desperate to see a big winner, and that’s the problem. He urges players to make impulsive decisions, praises them for gambling when they aren’t sure, and constantly seethes with impatience. Clarkson, a man to whom humility is an alien concept, thinks he knows everything and believes everyone else should too. Dreadful blunders are the result: one player lost £15,000. The plain fact is he’s the wrong man for the job.”