“The ever excellent Hospital contained a moral quandary in every sequence.” 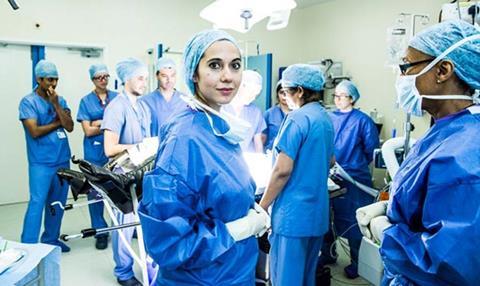 “A pessimist watching the documentary Hospital might conclude that the NHS was broken, an optimist that it was Just About Managing. The ever excellent Hospital contained a moral quandary in every sequence.”
Andrew Billen, The Times

“If the focus had remained on the medicine, this would have been a valuable documentary. But the three cases it featured were all private patients, and the film-makers became obsessed with naive and immature questions about the cost of the treatment.”
Christopher Stevens, Daily Mail

“Last night’s episode, laying bare the complex and delicate relationship between private and NHS care, wasn’t lacking in compassion or insight. However, a lot of time was spent telling us how overstretched the resources are, and how desperately overburdened the highly skilled staff. This is true. In which case, how are all the film crews helping?”
Matt Baylis, Daily Express

“Kyoko Miyake’s film did a fine job of portraying the complexities of the otaku mindset, but skipped perhaps too lightly over the fact that for some fans the idol-attraction seemed to take overtly paedophiliac form. And I would have liked to know, where exactly the thousands of dollars a month the otaku spend goes?”
Lucy Mangan, The Guardian

“This series is not perfect. Helen’s and Daniel’s parts were not particularly well written. Michael’s visits to his dying and unsatisfactory mother are mawkish. Yet a moral dilemma is forcefully dramatised in every scene, and Michael is the most interesting priest since Graham Greene stopped writing them.”
Andrew Billen, The Times

“This is agonising television. It’s one thing to see a sadly mistreated animal and feel your heart go out to it in a momentary burst of compassion. It’s quite another when the gruelling images continue for 40 minutes, and you have to force yourself to keep watching.”
Christopher Stevens, Daily Mail