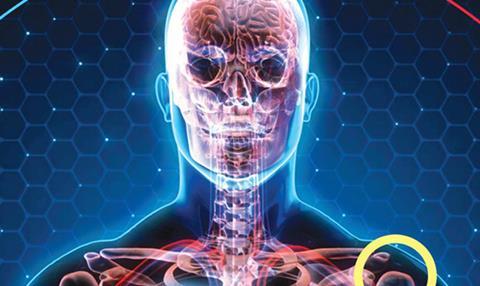 The first result of the creative partnership between the two companies has already been commissioned by ITV in a primetime slot, as well as being snapped up by Dutch broadcaster SBS 6.

The studio quiz show is played on an interactive LED floor, onto which an image is projected. Two couples then answer five questions related to the image.

“There might be a map of Europe, and the question might be: where’s the highest point in Europe?” explains Hugill.

One contestant must then physically place a golden ring on the floor circling their answer.

If they are wrong, they lose the ring. If they are right, their remaining rings shrink – making it harder for them to answer subsequent questions.

Hugill says the concept taps into the visual gratifi cation of the ‘Instagram generation’, while finding a way to make playing the game harder without making the questions harder.

“One of the great difficulties of gameshows is keeping audiences playing along at home,” he says.

“This is absolutely a show that rewards being smart, but everyone can play. The questions become harder to answer but they don’t alienate the viewer.”

Alongside the TV show, Talpa has helped developed an accompanying app that allows viewers to play the game at home.

Maarten Meijs, managing director of distributor Talpa Global, says: “Talpa focuses on reaching viewers on different screens and this is a show that has the connected element built into the format.”