JonBenét Ramsey was found dead in her family’s home in Colorado in 1996. The six-year-old girl’s lifeless body was discovered by her father, along with a lengthy ransom note. 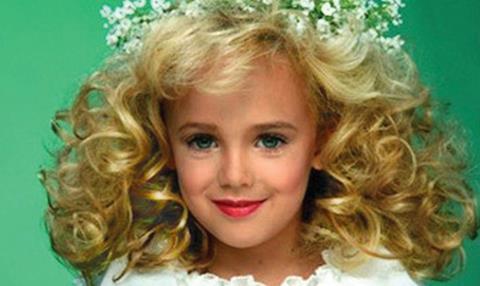 However, there was much speculation that Ramsey, who had been involved in a number of beauty pageants, may have been killed by a family member, who then covered it up.

The murder and the 20-year investigation is the subject of a major new documentary series, produced by Critical Content, the fledgling US indie established by Kid Nation creator Tom Forman.

The series examines the details of the gripping and sensational case, which captivated the nation.

They used advancements in technology and forensics to review the evidence and build a full replica of the house.

The documentary suggests that Ramsey was killed by her older brother Burke after a fight over a midnight snack of pineapples, and that it was covered up by her parents.

It aired in September on US network CBS, with the first episode averaging more than 10 million viewers.

Critical Content president Andrew Marcus says that although the “horrific story” happened in a small Colorado town, it “quickly captured global interest, given the mysterious details of her death”.

He adds: “This series, unlike any other, re-examines the case, speaks with key players involved in the original investigation, and provides new theories about what truly happened that fateful night.”

The show was simulcast on Canadian network Global Television and Electus International, the distribution arm of the Running Wild With Bear Grylls and Marco Polo indie, has acquired the global rights.

President John Pollack says the case “captivated” the public across the world.

“Not just because a sixyear- old girl with an incredibly bright future was found murdered, but also because of the unnerving circumstances that surrounded the case. All these years later, the case is still unsolved, but thanks to the engaging, captivating and well thought-out storytelling, the investigators brought in to re-examine the evidence come to an absolute conclusion on what they think happened to Ramsey.

“Regardless of whether you remember every detail of the case or not, The Case Of: JonBenét Ramsey will strike a chord and deliver the excitement and astonishment we hope to experience when watching a great series such as this,” he says.

The documentary is being offered to international buyers as both a 2 x 120-minute special and a 6 x 60-minute series.

Pollack is hoping that the popularity of true crime, exemplified by the success of Netflix’s Making A Murderer and the Serial podcast, will attract broadcasters around the world.

It is one of a number of new non-scripted US network shows being distributed by the IAC-backed company.

Also on its slate is a series of David Blaine magic specials, in which the magician performs with celebrities including Bryan Cranston, Ricky Gervais, Katy Perry and Will Smith. The specials, which are thought to be Blaine’s final magic performances, aired on ABC.

Meanwhile, the firm is hoping to score points with its latest gameshow offering. In Home Free, which was produced by Critical Content for Fox, couples compete to win their dream home. Hosted by former NFL player Tim Tebow, the contestants must renovate the house and live on the site as they compete to win the grand prize.