How Europe Stole My Mum; The Accident; Little Britain

“It succeeded in something I had long believed unfeasible: it made me laugh, if not exactly about Brexit then in very close proximity to it.” 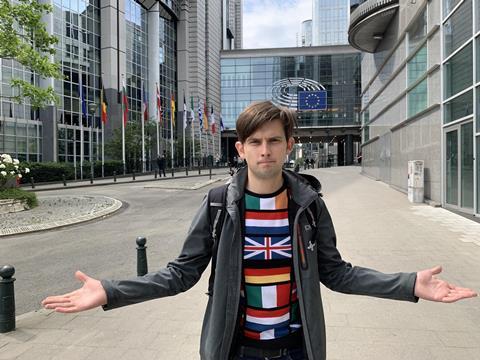 How Europe Stole My Mum, Channel 4

“How Europe Stole My Mum is really, really good. Odd, unexpected, not for everyone, perhaps, any more than any comedy ever is, but fresh, charming and funny. It succeeded in something I had longbelieved unfeasible: it made me laugh if not exactly about Brexit then in very close proximity to it.”
Lucy Mangan, The Guardian

“Much of this was an excuse for Kieran Hodgson to wheel out his excellent, comically niche political impressions. They were wondrous. Hodgson’s strength, however, unlike The Mash Report or Geoff Norcott, is in seeing and examining both sides of the argument. By the end it was clear that How Europe Stole My Mum was a call for everyone to understand the other side, to humanise the other side.”
Chris Bennion, The Times

“This was righteous, deceptively smart drama, leavened with flashes of warm wit, alive to both the complexities of culpability and the nuances of human relationships.”
Michael Hogan, The Telegraph

“It has taken two full episodes, but The Accident has finally found its heart. Curiously, for a drama about the deaths of eight children, it has felt a little clinical, a little too mannered.”
Chris Bennion, The Times

“The cast is superb, the writing sensitive, but this drama is unbearably hard to watch.”
Christopher Stevens, Daily Mail