“The title, like much of the science, was misleading flummery. If you’d come for practical information, you were in the wrong place.” 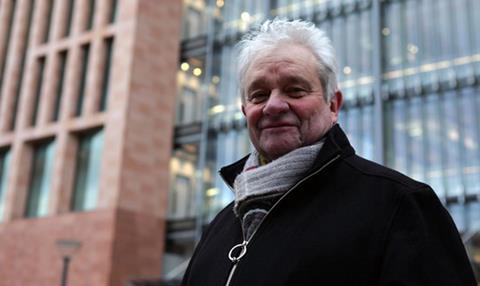 How to Live Longer: The Big Think, BBC4

“An excellent documentary on the still short history of gene therapy, frank about its bullseyes and fatal misses. The film did not, however, have the time it might have wished to explore this ethical debate. When it did touch on it, it was interesting.”
Andrew Billen, The Times

“There’s an hour of your life you won’t get back. Nobel prize-winner Sir Paul Nurse promised to reveal a few secrets of immortality — but the title, like much of the science he served up, was misleading flummery. If you’d come for practical information, you were in the wrong place.”
Christopher Stevens, Daily Mail

“Love was in the air. Along with the whiff of desperation, the reek of forced conversation and the aroma of hair-care products slapped on with excessive enthusiasm. As ever, the script more or less wrote itself. First Dates’s magic ingredient is its big sappy heart.”
Ed Power, The Telegraph

“How anyone gets served a meal at the First Dates restaurant is a mystery, because the waiters do nothing but linger at the tables, eavesdropping, before gathering in huddles to gossip and flirt. Manager Fred Sirieix doesn’t notice they are doing nothing, because he’s flitting through the room offering gems of romantic wisdom in his Sacha Distel accent.”
Christopher Stevens, Daily Mail

“Professor Doug Emlen is not just a TV person getting the horn about macho predators, and nature’s epic battles. As a biologist, he has spent years studying the species whose weapons are taken to extremes, piecing together the evidence to explain their evolution. It’s fascinating, and terrifying, with a few jolly subplots and anomalies along the way.”
Sam Wollaston, The Guardian

Billy Connolly & Me: A Celebration, ITV

“The assiduous research that turned Billy Connolly & Me: A Celebration from what could have been a lazy clip-fest into something better made a strong case for Connolly as a force for personal transformation.”
Andrew Billen, The Times