TV Critics: In The Dark

“It was taut and tensely atmospheric with an intriguing premise.” 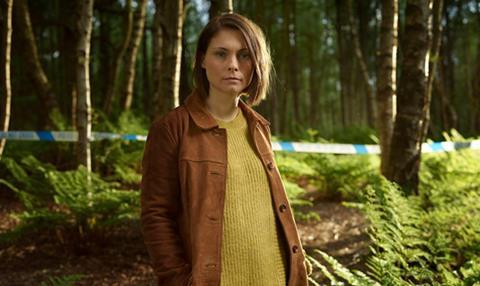 In the Dark, BBC1

“In the Dark is not Happy Valley, shifted south a little, down the Pennines. This is something louder, less involving, less human. But once you have accepted that, it’s a crisp opener – pacy, thoughtful and skilfully constructed, with multiple strands I am eager to see twisted together again.”
Sam Wollaston, The Guardian

“Danny Brocklehurst is a great writer, but, inhibited perhaps by his source material, his screenplay showed little further originality. We were spoilt by Broken. It is back to midweek drama as usual.”
Andrew Billen, The Times

“In the Dark did show promise and could yet come good. It was taut and tensely atmospheric with an intriguing premise which found its heroine caught in the middle between police and prime suspect.”
Michael Hogan, The Telegraph

“The crime is heinous, the atmosphere dark, and MyAnna Buring has a gift for projecting silent inner panic. In The Dark also scores well because it doesn’t portray the police as venal, greedy idiots, like ITV’s inane Scottish thriller The Loch, or as repressive forces of a fascist state, as the moronic Fearless does.”
Christopher Stevens, Daily Mail

“Haunting flashbacks, sketchy suspects, a maverick police officer and maggot-scarred corpses all make an appearance in this hour of intriguing – if not quite scintillating – television.”
Finlay Greig, The i

“You feel safe in the hands of this solid, workmanlike crime story but whether viewers really want to feel safe is another matter.”
Matt Baylis, Daily Express