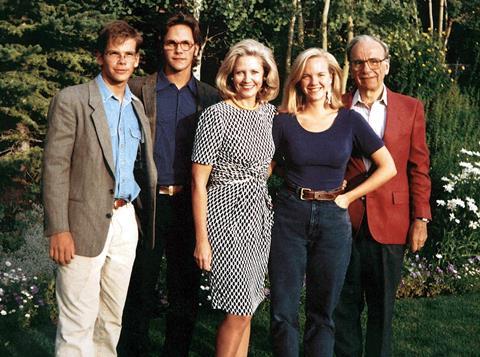 David Glover and Mark Raphael’s 72 Films has bought back its 15% stake from BBC Studios, five years after investment.

Glover told Broadcast the pair remain on “friendly terms” but the Rise of the Murdoch Dynasty and Trump Show producer “felt it was time we move forward on our own”.

Producer/distributor BBCS (then BBC Worldwide) acquired a 15% stake in 72 shortly after its launch in late 2016, beating several potential partners and investing just one week after it took a 25% share of Tessa Ross and Juliette Howell’s House Productions.

72, which was nominated for the coveted Best Indie gong in May’s Broadcast Awards, has since made its name with a string of highly-rated docs, mostly for BBC2, including A Dangerous Dynasty: House of Assad, Rise of the Nazis and Rise of the Murdoch Dynasty (pictured).

The outfit is also behind Amazon Prime’s All or Nothing football doc series, which is soon to head behind the scenes at Arsenal, along with upcoming Nat Geo doc 9/11: One Day in America. The latter had its first episode premiere at June’s Tribeca Film Festival.

BBCS retains stakes in the likes of Expectation and Curve Media, along with a number of scripted indies.

A spokeswoman said: “We have enjoyed working with David, Mark and the wider team at 72 Films and it’s been great to see and be part of their success story. We wish them all the best for their independent future.”

She added that BBCS will “continue to look for new opportunities and ways to support the vibrant indie sector”.