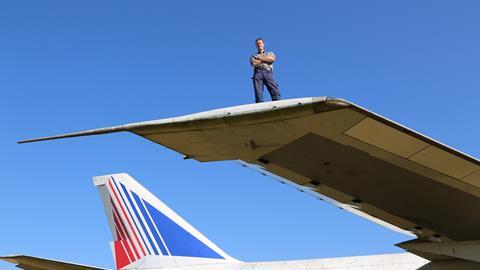 Arrow Media has been awarded a big-budget commission from niche factual SVoD CuriosityStream.

The 4 x 60-minute Speed is Arrow’s first full series for the service, having previously delivered single doc Destination Jupiter for its launch by Discovery founder John Hendricks in 2016.

Fronted by engineer Sean Riley, the series will cover extraordinary feats of engineering that have transformed how we travel on land, in water and deep into space.

Kicking off with the 1801 invention of the world’s first self-propelled vehicle, it will move on to examine Earth’s fastest train and the personal submarines pushing boundaries in the oceans and will profile the engineer whose invention enabled the Wright brothers to achieve the first powered flight.

There will also be in-depth coverage of the rocket’s inventors and the people who have subsequently devoted their lives to taking people into deep space.

Ash Potterton will exec-produce for Arrow and the series was commissioned by CuriosityStream’s Elizabeth North.

“These great minds made it their life’s work to create machines whose speed would have a profound impact on humanity,” said Potterton.

“The series exemplifies the kind of programming at which Arrow excels: high quality, rich factual content that engages audiences worldwide.”

Last year, the factual indie bought back its own stake in Channel 4’s Growth Fund, becoming the third indie to exit the fund after True North and Renowned Films.