Smith will focus on developing and delivering factual formats and large-scale factual-entertainment series for UK broadcasters and global streamers operating in the UK.

Her role will be targeted at the domestic market, with creative director of international Jeremy Dear continuing to focus on global opportunities. She will report into chief executive Leanne Klein.

Smith becomes part of the senior team on the Warner Bros-owned label, alongside Klein, Dear, director of production Helena Ely, director of development Gavin Rota and director of finance Craig Duff. Her appointment effectively covers the departure of head of factual Anna Miralis, when she joined Channel 4 as senior commissioning editor earlier this year. 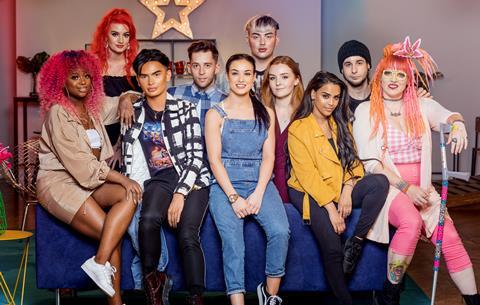 In three years at the BBC, Smith commissioned unscripted titles including Wall to Wall’s BBC3 and Netflix series Glow Up: Britain’s Next Make Up Star, plus Sort Your Life Out; Forensics: The Real CSI; The Grand Party Hotel; Inside the Supermarket; Miriam’s Dead Good Adventure and Candour Productions’ forthcoming midwives ob doc series Yorkshire Born.

Additionally, she oversaw returning formats such as Wall to Wall-produced Who Do You Think You Are? and Twenty Twenty’s The Choir franchise.

Prior to joining the BBC, Smith was a series producer and director on factual shows including Boundless’ The Week the Landlords Moved In (BBC1) and An Hour to Save Your Life (BBC2), Optomen-produced Employable Me (BBC2) and Dragonfly’s One Born Every Minute (Channel 4).

“It’s been a privilege to work with brilliant creatives in BBC commissioning and the indie world – and to launch and nurture so many different kinds of factual series and singles,” Smith said.

“But I’ve also missed creating new shows and being closer to production. Having always admired Wall to Wall as setting the gold standard in TV, I’m really excited to join the team to build on their rich slate and deliver more successful formats and factual entertainment hits.”

Klein added: “Having worked with Emily across multiple series over the past few years, I know she is a passionate and talented executive who is as smart in a pitch as she is in the edit.

“She’s proved herself to be a champion of the best sort of popular television and, as we super-charge our development of returning series for the UK and streamers, she’s the perfect person to take the lead.”

Patrick Holland, BBC director of factual, arts & classical music said: “Emily has been a simply terrific commissioning editor, bringing huge passion, skill, heart and integrity to a vast slate of programmes. She has been a brilliant champion of smaller indies and producers from diverse backgrounds and leaves the BBC having made a real mark. We wish her all success in her new venture.”