“A riveting documentary, executed in a grown-up way and with a calm, clear, judicious narration that only emphasised the bickering mess we’re now in” 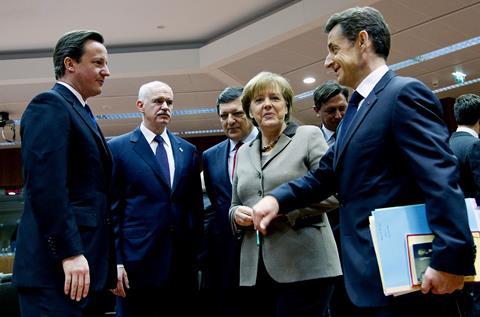 “For anyone struggling in the quagmire of information surrounding Brexit, this is an impressive feat of coherent analysis that is just pliable enough to allow the viewer to lean in either direction, depending on which side you take. I did not come away from Inside Europe feeling particularly hopeful, but certainly better informed.”
Rebecca Nicholson, The Guardian

“This was a riveting documentary, executed in a grown-up way (ie no silly gimmicks; so rare) and with a calm, clear, judicious narration that only emphasised the bickering mess we’re now in.”
Carol Midgley, The Times

“From Cameron himself, presumably prevented from appearing by the publishing contract he signed for his memoirs, there was not a word. This could have tipped the programme off balance, but instead drove it, ensuring that we were watching not simply an informative portrait of a tense period in time but, more interestingly, one of the now-absent man once at the centre of the storm.”
Sarah Hughes, The i

Steph & Dom: Can Cannabis Save Our Son?, Channel 4

“In Steph & Dom: Can Cannabis Save Our Son? the Parkers found their serious voice. This film about their severely epileptic teenage son was not only a tear-jerker, it performed a national service, highlighting an inertia within the system when it comes to accessing medicinal cannabis.”
Carol Midgley, The Times

“Their resilience was admirable and inspiring. The only problem with this documentary – and it wasn’t Steph and Dom’s fault – was that it was frustratingly inconclusive. By rights, the resolution of the story should have been Max trying cannabis oil treatment and seeing whether it effective. However, the UK’s restrictive laws and red tape put paid to that.”
Michael Hogan, The Telegraph

“The documentary was excellent at exploring the emotional toll paid by the couple and their remarkably resilient 15-year-old daughter, Honor. But it was thin on facts about cannabis. We learned nothing about how it works, and heard only cursory testimonies from other parents.”
Christopher Stevens, Daily Mail

“The programme’s nominal hook was an exploration of whether cannabis treatment could help limit Max’s fits and thus improve his quality of life. While it was interesting watching Steph and Dom explore the realities of this, and talk to those for whom it had been a literal lifesaver, this programme’s true power came from the way it stripped back the artifice of reality TV to show the more complex reality.”
Sarah Hughes, The i

“This fiendishly watchable scene-setting episode was smartly edited, so viewers felt like we knew all nine personalities after just an hour in their company. Trouble was, since Shipwrecked debuted 20 years ago, the reality formula has become over-familiar. The show’s tropes have become so well-worn in the intervening years, they now felt derivative.”
Michael Hogan, The Telegraph