Inside No. 9; Black Lightning; House of Saud; Art, Passion & Power

“That a half-hour of TV can start out as a moving relationship drama and wind up with such a shocking, twisted conclusion is breathtakingly impressive.” 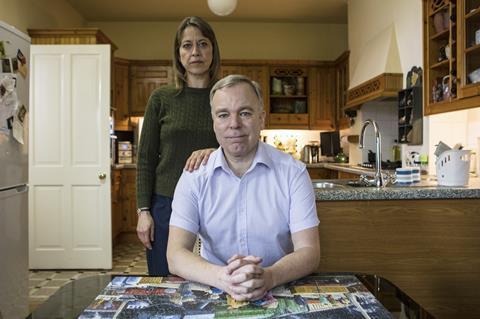 “It’s intense, effective, and inspired. That a half-hour of TV can start out as a moving relationship drama and wind up with such a shocking, twisted conclusion is breathtakingly impressive.”
Mark Butler, The i

“Regular viewing of this anthology has taught us to expect the unexpected. Yet somehow, despite laying out subtle clues, Pemberton and co-creator Reece Shearsmith can still manage to blindside us and take us from fingers-over-the-eyes cringe to hands-down-raised-eyebrows shock within moments.”
Catherine Gee, The Telegraph

“The latest Inside No. 9 was the most warped portrait of a marriage you’ll see. A bad taste is still lingering around my mouth, but I’d never say I’m not wedded to this most unpredictable of series — in sickness and in health.”
James Jackson, The Times

“This is original, warm, exhilarating, and has plenty to offer even non-superhero fans. The stage has been set for a complex, elegant and mature action-drama.”
Rebecca Nicholson, The Guardian

“Zippy and unpretentious shows such as The Flash and Arrow have been huge hits for DC. Black Lightning is positioned to continue that triumphant streak, thanks to snappy dialogue and solid action.”
Ed Power, The Telegraph

House of Saud: A Family at War, BBC2

“Michael Rudin’s unsettling series has been one you would hardly imagine His Royal Highness crown prince Mohammed bin Salman enjoying — testament to its success. Isn’t it time we saw more of these kind of illuminating geopolitical investigations on the BBC?”
James Jackson, The Times

“The richly detailed, fascinating and at times very scary House of Saud: A Family at War concluded on an only marginally less doom-laden note. One of the more insidious sections of the film suggested that Saudi intelligence agencies utilise sophisticated hacking software to infiltrate social media like Twitter. One could only wonder whether, if the Saudi government have this technology to hand, how many others do – and also use it.”
Gerard O’Donovan, The Telegraph

Art, Passion & Power: The Story Of The Royal Collection, BBC4

“Andrew Graham-Dixon is good value, because he has the knack essential for an art critic of making us look at paintings in new ways. The British, while we might not know much about art, famously know what we like. The tricky part is explaining why we don’t like something, and Graham-Dixon can do that.”
Christopher Stevens, Daily Mail