“Shall fairly stand as the first televisual jewel in the Covid-era crown.” 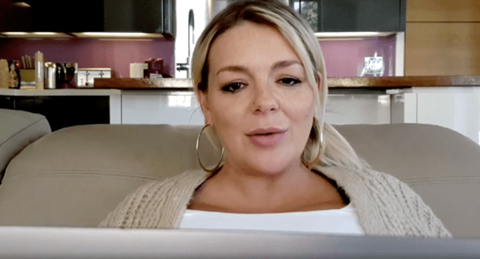 “Surmounting the technical and practical difficulties would be reason enough for plaudits, but the results themselves are so good that they make me want to call for an 8pm clap for the arts sometime. There is something incredibly emotionally restorative and mentally uplifting about stories that reflect and make at least narrative sense of our experiences. Each of the four dramas crystallises a particular aspect of the lockdown experience. Isolation Stories shall fairly stand as the first televisual jewel in the Covid-era crown.”
Lucy Mangan, The Guardian

“So how to make new dramas when the normal rules of television production no longer apply? The BBC is doing it by reviving Alan Bennett’s Talking Heads. ITV can’t match that level of writing, but what they have done is come up with highly inventive ways of getting around the new rules without confining themselves to monologues. There are three more episodes this week. Isolation Stories is far from perfect, but series creator Jeff Pope should be applauded for his ingenuity.”
Anita Singh, The Telegraph

“The 15-minute drama was mainly a series of unreceived or unsent tear-drenched phone or video messages until a potential lifeline came at the end from a kindly female stranger whose call was abruptly drowned out by mysterious angry male shouts. Smith is always a bewitching and raw performer and she certainly made us care about Mel. Yet, like the HR boss’s ditty (which contained the lyric “the only cage is in our mind”), this was probably not quite the pick-me-up many of us wanted or needed right now.”
Ben Dowell, The Times

“Things got off to a strong start, helped largely by the presence of Sheridan Smith in the lead role. Smith, herself heavily pregnant, played Mel, three weeks off her due date and furious with everyone. A tight script from Gaby Chiappe touched on everything from the hideousness of the Zoom conference call to how easy it is to put up a façade suggesting that everything is fine, particularly at a time when the majority of your communication is happening online.”
Sarah Hughes, The i

“This was a magazine show that addressed various aspects of intelligence. This was all reasonably interesting but the format didn’t quite work. The forced bonhomie between Fry and co-presenter Michael Mosley was grating, with Fry coming across like a teacher trying a bit too hard to convince the kids that she’s fun. The show asked if mobile phone use is making us stupid, but half an hour spent doing the online test on a phone was a better brain workout that watching the programme.”
Anita Singh, The Telegraph

“The BBC’s once austere science strand Horizon has grown fond of whizzy, populist stunts lately. It also may explain why they were plonked in a shiny floored studio. The intelligence tasks felt oddly reminiscent of the 1980s game show The Krypton Factor. One nugget about how IQ improvements in children may be declining for the first time since 1938 — possibly as a result of gaming — was intriguing. However, like most of the data it felt spattered out.”
Ben Dowell, The Times

“I’ve always been a bit wary of intelligence tests, this didn’t do much to dispel these doubts, even if presenters Michael Mosley and Hannah Fry were good company. They struggled with an obvious problem, though: how do you make a bunch of people doing tests on television look interesting? To try and combat this, there were interviews with the likes of quiz king Bobby Seagull and vox pops where members of the public guessed the sorts of people who might do better at certain tests. None of it felt particularly new. I’m pretty certain the BBC tells us similar information at least three or four times a year.”
Sarah Hughes, The i