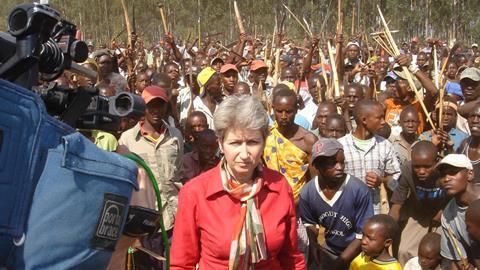 Comment: Western democracies are fragile and elections must be wary of violence and demagoguery, says Lindsey Hilsum

Florida, the state where US elections are often decided, is what we at ITN call ‘TV gold’. Since getting here, we’ve filmed a miracle healer praying for angels to fly to the White House to cure President Trump of Covid-19, hundreds of flag-waving Trump supporters on a golf cart rally and Ed McGinty – a Democrat who stands on a grass verge with a sign reading ‘May Donald Trump Burn in Hell’ just to irritate his Republican neighbours.

My mind keeps going back two decades to the month I spent here after the disputed presidential election that pitted Democratic candidate Al Gore against the Republican George W Bush.

US elections are often decided in Florida, because it has 29 of the 538 representatives who make up the electoral college, the state-by-state system that elects the president. The 2000 poll came down to 557 individual votes, while in 2016, President Trump won the Sunshine State by just 113,000 votes – 1.2 per cent.

The electoral fight in 2000 seemed like a vicious, cut-throat contest at the time, but by today’s standards it was pretty civil. Although many Democrats thought it unjust when the Supreme Court said that counting should stop, leaving the Republicans ahead by just a whisker, Al Gore nonetheless conceded.

The Democrats decided that a continuation of the dispute would destabilise the country and be bad for the American people’s faith in democracy.

It’s hard to imagine that happening this time. President Trump has already said that if he loses, rigging would be the only explanation. “Well, we’ll have to see what happens,” he responded when asked if he would cede power.

Older Zimbabweans knew what it meant to be denied a vote because of the colour of their skin. Younger ones had learnt about its importance from their parents.

Many voters – especially Democrats – are expected to cast their ballot by mail because of Covid-19. “I’ve been complaining very strongly about the ballots, and the ballots are a disaster,” said the President, claiming without evidence that mail-in ballots are likely to be fraudulent.

I saw my fair share of election fraud when I was covering Zimbabwe. President Robert Mugabe never conceded, even when it was clear that he had lost.

In 2002, it was moving to watch Zimbabweans in long lines waiting to vote in Harare. “My vote is my right,” they told me. They had huge faith in democracy, even though observers cast doubt on the honesty of that poll and others that followed. 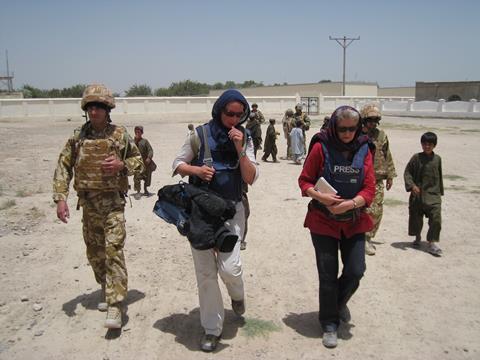 Older Zimbabweans knew what it meant to be denied a vote because of the colour of their skin. Younger ones had learnt about the importance of voting from their parents. They kept faith in democracy, never turning to violence even though Mugabe cheated multiple times. He only lost power when overthrown by his generals in 2017, by which time he had been in office for 37 years and was 93.

The aftermath of the 2007 Kenyan elections shows what happens if politicians foment violence.

The rival candidates, each with an ethnic vote base, both claimed victory. The Channel 4 News team took a helicopter north up the Rift Valley, and as we came into land in a clearing, more than a thousand men armed with spears, bows and arrows and other traditional weapons surrounded us. 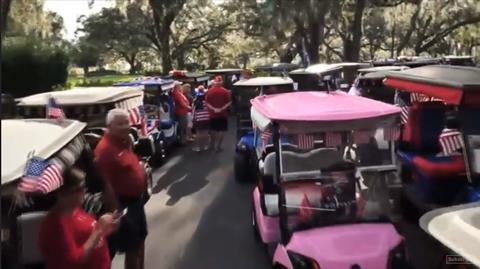 A US golf cart rally

I emerged tentatively and said in my best Kiswahili, “Jambo. Habari?” (“Hello, how are you?”) “Nzuri!” (“Fine!”) they responded, and we had a good conversation about voter fraud in their area and their demand for United Nations intervention. Our experience was benign, but hundreds were killed in that election season and more than 600,000 displaced.

As I watch President Trump cast doubt on the democratic process in the US, I think how Americans take democracy for granted. They assume that a dictator like Mugabe could never rise in their country. 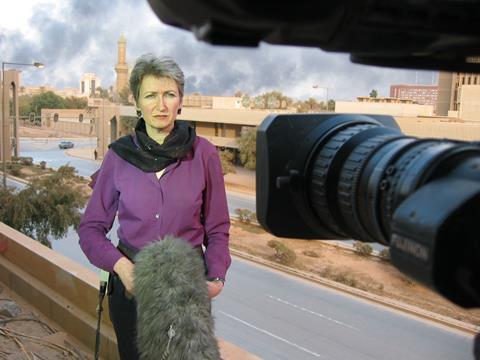 The violence of the kind I saw in Kenya is alien to the American way. Yet if this was Africa, we might describe the armed white militia who support Trump as ‘ethnic’ or ‘tribal’. When African leaders refuse to step down as President Trump has threatened, we call them ‘strongmen’ or ‘autocrats’.

American democracy is a wonderful thing. But, touring the country now, I can see how flawed and fragile it is. I worry that long-standing democracies are not immune to the violence and demagoguery that I have seen in elections elsewhere.