The politics of war reporting

Scoops: from reporting amid a terror attack in Paris to the conflict in East Timor, walking towards the action is now part of a journalist’s role, says Matt Frei 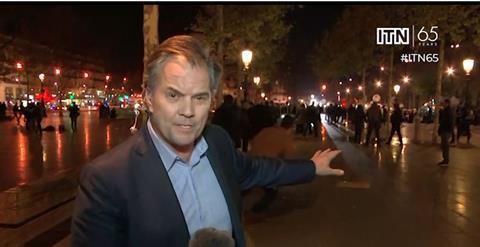 I have never been a fan of violence, the participatory kind. I have never wanted to be a war correspondent. I don’t like wearing helmets and I have been terrified of guns ever since I accidentally shot my hand with an air rifle at my Aunt Erika’s house in southern Germany.

But none of this was at the top of my mind as I stared into the bloodshot eyes of the anti-independence militiaman in East Timor, who looked as if he had overdone whatever recreational drug he was on.

His eyes were not as mesmerising as the pistol he was pointing at me from about two meters. It looked weird, homemade. ‘Is it fake?’ I wondered. ‘Will it go off? Does he intend to fire it? Am I about to die?’

These were all relevant questions because the day before my colleague Sander Thoenes from that hardened battle tabloid the Financial Times had been shot dead within an hour of arriving in East Timor, a far-flung province of Indonesia which had just celebrated a controversial independence referendum.

Sander’s death had freaked us all out and gave credence to the danger confronting me.

“We had gone to the beach – white virgin sand but too many crocodiles – before catching a flight home. My cameraman noticed a plume of smoke on the horizon. And then another”

The year was 2000. I had already been on several Hostile Environment & First Aid Training (HeFat) courses – the battlefield first-aid crash courses mostly run by retired British army sergeants, who are masters at scaring wannabe war correspondents out of ever wanting to go to war.

Much time is spent looking at pictures of torn limbs and spilled guts before trying to resuscitate rubber dolls smeared with fake blood – much to the amusement of our mentors. None of that training was particularly useful now. I had also left my flak jacket and helmet at our hotel.

We had gone to the beach – white virgin sand but too many crocodiles – to have one last beer and dip timid toes in the warm Timorese sea before catching a flight home. My cameraman noticed a plume of smoke on the horizon. And then another.

After a few minutes pillars of smoke were rising everywhere and we decided to have a look and climbed into the back of our pick-up van. We drove to our hotel, which, it turns out, was the source of one of the plumes of smoke. Mr Chan, the ethnic Chinese owner, was standing in front of the blazing lobby shouting at the flames.

Next stop was the UN compound, which we had been told was the centre of the violence now engulfing the small capital Dili. That’s where I came across my militiaman and his awkward looking pistol. I was still wearing my trunks.

In this stand-off, my weapon was a beach towel with a starfish pattern. I looked very much like a tourist beamed into the holiday from hell. The militiaman still held my gaze. Then he pulled the trigger.

I heard the click. But nothing else happened. A blank? A munitions malfunction? Terrible design tech? A macabre joke? I turned my back on him and ran like hell towards the large gates of the UN compound, which was under siege but from where a friendly New Zealand blue helmet was screaming at me to “hurry the f*** up and get inside”.

I ran faster than I had ever run, conscious of how exposed my back was; the towel swirling around my neck like a giant scarf. Coming into view on my left was Keith Richburg from the Washington Post just as someone hit him in the back with a machete. He carried on running. It was the blunt edge. The pain was still huge.

The UN compound was now home to several thousand terrified civilians, leaders from the independence movement and dozens of journalists. My friend Jonathan Head was live on BBC World, giving a gripping account of the danger we were in. My wife called from Hong Kong. She was due to give birth to our second child – in three days.

“I hope you’re not caught up in this East Timor mess!”

There was a pause.

“Then how come I can see you in the back of the screen. I’m watching BBC World.”

Busted. Later that night, Glenda Gaitz, the legendary ITV producer asked me to help her charter a plane. We managed to rent a 737 from Darwin Australia for $30,000 to fly us from Dili to Bali. We passed a bucket round to our colleagues for cash.

On the flight out, all the usual safety procedures were ignored. An hour or so later we landed in Denpasar, Bali.

That night I slept in a poolside suite at the Ritz Carlton, where several dozen honeymoons were being ruined by the arrival of fifty or so giddy post-traumatic hacks, determined to self-medicate with drink.

Since I started reporting on conflicts in 1988 there has been marked evolution from journalists being ringside observers, afforded the same neutrality as red cross workers, and we have become part of the military equations.

“I slept in a poolside suite at the Ritz Carlton, where several dozen honeymoons were being ruined by the arrival of giddy post-traumatic hacks, determined to self-medicate with drink”

In unequal conflicts like the East Timorese Independence Movement versus the mighty Indonesian Army or Bosnians versus Serbia, the weaker side needs powerful TV pictures of civilian suffering to goad or shame the international community into some kind of military intervention. We become part of the military calculations of the warring factions.

And that means that the large TV letters posted on cars and clothing for decades has gone from being a shield to becoming a target.

This is the reality of war reporting, and all the armored vehicles, protective gear and ex-SAS minders who follow us around at vast expense, illustrate this ugly evolution. They are also there to satisfy the requirements of insurance companies and appease the bad conscience of our bosses.

The layers of protection can save you, if you’re lucky, but they also encourage you to venture further into harm’s way. They tip the scales in favour of covering a story that most often needs to be brought to the world’s attention. That’s a good thing – but it comes with risks.

In the Serbian part of Bosnia, I was once detained by a local warlord who had enjoyed a hearty lunch washed down with what smelled like a litre of plum brandy. He was sitting at his desk in front of an ascending line-up of bullets from the smallest calibre to an anti-aircraft projectile the size of a courgette. 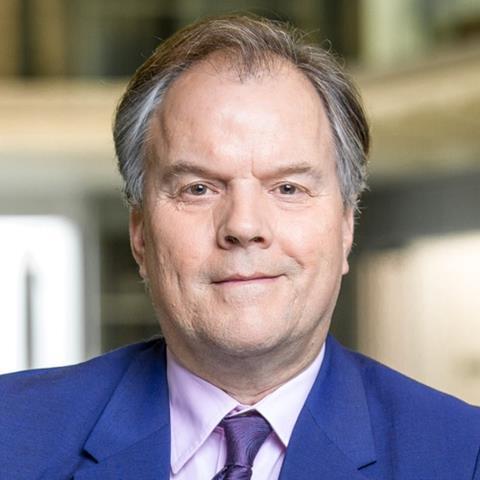 He pointed at my flak jacket and then ran his finger along the line. He stopped at bullet number three. There were about 15 left. He looked at them, pointed at me and then drew his finger across his throat. Message received. That was in 1996.

Now in the toxic fumes of fake news and ‘mainstream media’ – a curious but catchy insult – journalists are even threatened on the streets of America in the run up to a democratic election.

I have covered seven US elections: this is the first one for which I packed a flak jacket and a helmet. They remained unused this time. But for how much longer?