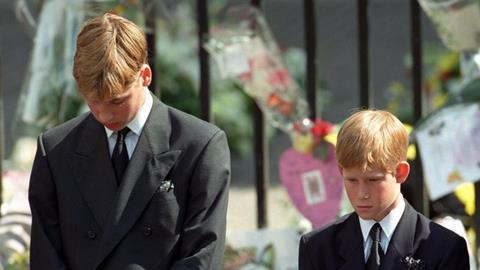 ITN News in the ‘90s: The death of Princess Diana

Behind the Scenes: in his second look back at ITN News on ITV during the decade, Nigel Dacre recalls the night reports came in that the People’s Princess had been killed in a car crash in Paris – a unique event that was among the stories that defined the decade

The really big stories on TV news programmes tend to fall in to two categories: predicted, diary fixtures such as elections and budgets, and unforeseen breaking events that have a major impact throughout the country.

Those in the latter category are often the most difficult to cover. In an interview about TV news, a few years ago, I talked about the challenges newsflashes and breaking news posed to a TV newsroom: “All systems are dislocated. Everything is thrown up in the air. You’ve got to start again from scratch. All the plans you that had for the day are thrown out the window”.

In the 1980s, there were tragic events like the Zeebrugge ferry disaster, the explosion of the Space Shuttle Challenger and the Lockerbie bombing. In the years following the ‘90s, there was, of course, the attack on the World Trade Centre. 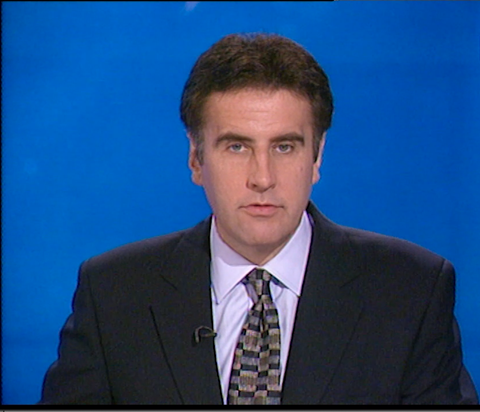 But in the ‘90s, the death of Princess Diana in the early hours of Sunday 31 August 1997 was one of the main breaking news stories, which prompted a unique outpouring of public grief.

For all UK TV news organisations, the coverage of the event and its aftermath was a complicated editorial and technical task.

Initial newsflashes and extended programmes overnight and during the day on the Sunday gave way to live reporting throughout the week on developments such as the Princess’s body being brought back to the UK and, later, the Queen’s live broadcast. Then, at the end of the week, there followed the six-hour live coverage of the funeral procession and service.

For ITN as a whole, it was a massive undertaking, with the organisation putting out extended coverage on three TV networks – ITV, Channel 4 and Channel 5, as well as on Independent News Radio and News Direct radio services.

I was involved throughout. I was called at home just after 1am by the weekend duty manager Robin Elias, and we divided between us the key people to ring to get our coverage going. Overnight, I was the senior journalist in the ITV newsroom, and at the end of the week, I was the editor of the ITV funeral programme.

It was undoubtedly an emotionally draining week, in which we knew that we had a responsibility to get the coverage right – to ensure we had the cameras and reporters where they had to be, and to make sure the tone of the programmes was appropriate.

On the first night, it was particularly difficult, as we were faced with a series of conflicting rumours. At one stage, for instance, it was reported that Diana had only minor injuries. Our first newsflash on ITV was at 1.57am, but it wasn’t until just before 5am that we announced the Princess had died.

#ITN65 1997 Princess Diana is killed in a car crash from ITN on Vimeo.

In the ITV documentary Newsflash: Stories That Stopped the World, broadcaster Dermot Murnaghan described how he broke the news on air on ITV. He said he was being told the latest information in his earpiece, and then broadcast the news that she had died.

He was thrown by the news – from being told at one stage that all she had was a broken collar bone, through to later announcing her death. He said he could imagine people watching at home thinking, “I can’t believe it”.

Looking back, one of my main memories is how so many ITN staff came in to our Gray’s Inn Road headquarters over that weekend, many without being called, and got involved in any way they could. This applied in all areas of the organisation – including newsroom and studio production staff, the on-air reporters and presenters and, crucially, the camera crews and live broadcast engineers and technicians.

A unique broadcast for a unique funeral

For ITN on ITV, the coverage culminated with the live broadcasting of the funeral on the Saturday following Diana’s death. The programme was presented by Trevor McDonald, with John Suchet commentating on the procession and the service.

Since the changes to ITV in the early 90s, ITN had taken over responsibility for broadcasting ceremonial events. During his time as editor-in-chief, Stewart Purvis and associate editor Sue Tinson had set up a team to plan the coverage of the Queen Mother’s eventual funeral, and detailed technical planning work was carried out over a number of years.

“Diana’s death was a tragedy for her family, particularly for her sons – and it caused genuine shock throughout the country. I believe that our coverage at ITN both reflected the impact of her death and caught the atmosphere of that week”

It was this plan, with its camera positions, outside broadcast (OB) trucks and cable routes, that formed the basis of the coverage of Diana’s funeral. In the end, there were ten ITN OB units, feeding pictures back to the control room at Gray’s Inn Road, where the programme’s directors Laurence Vulliamy and Jane Thompson selected the images for transmission. 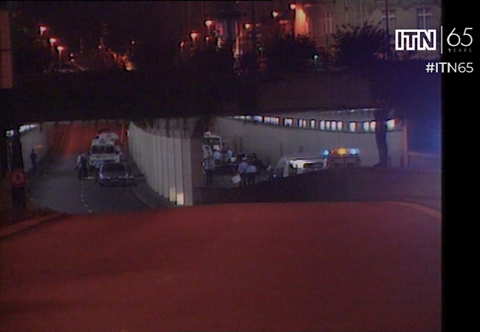 But although the funeral was based on an organisational blueprint, it very much had its own style and character. Buckingham Palace said it was a “unique funeral for a unique person”. Instead of soldiers, 500 representatives of charities took part in the procession, and the route was extended to cater for the large crowds expected to line the route.

As we all know, it was a sad and emotional day. Princes William and Harry walking behind the coffin, the flowers thrown onto the cortege, Earl Spencer’s hard-hitting tribute, the applause from outside Westminster Abbey, the standing ovation in Hyde Park, Elton John’s rewritten version of Candle in the Wind. It all amounted to an immensely moving event.

In a briefing note, sent out earlier in the week, we said that we wanted the coverage on ITV to be “authoritative yet people-based” – and during the programme, a widely noted hallmark of our reporting was that we focused on the thousands who had turned out to watch the funeral, as well as covering the ceremonial aspects.

On the day, 32 million people watched the funeral on the BBC and ITV – the second most-watched TV event in UK broadcasting history. 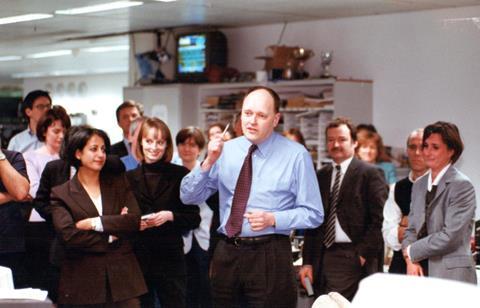 Diana’s death was a tragedy for her family, particularly for her sons – and it caused genuine shock throughout the country. I believe that our coverage at ITN both reflected the impact of her death and caught the atmosphere of that week.

Certainly, as ITN marks its 65th anniversary, it’s one of those stories that stands out in the company’s history for both the sad nature of the event itself, and, I would argue, for the way that we covered it.

Nigel was editor of ITV News from 1995 to 2002, and was the editor of the ITV Princess Diana funeral programme.