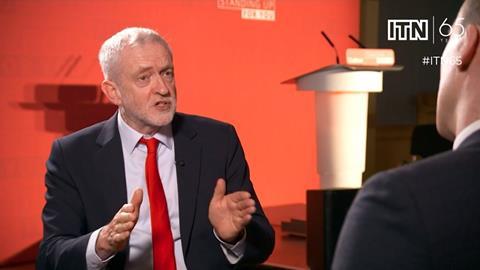 When Paul met the politicians

Art of the interview: getting politicians to abandon the script and offer a soundbite that turns an interview into a story is hard. In Theresa May and Jeremy Corbyn, Paul Brand encountered two very different styles

“The grass is looking a bit scorched, Prime Minister?”

Silent nod of the head.

“I suppose it has been a very hot summer?”

I hate this part of political interviews; the awkward anticipation while our camera teams make the necessary final tweaks to the shot. Both interviewer and interviewee are left nervously shuffling in their seats, desperate to cut the small talk and get on to the real discussion.

We’ve met for an interview in the Downing Street garden on a sweltering summer day in 2018. I’ve interviewed Theresa May several times and always found her perfectly pleasant, but trying to get an interesting answer from her was like trying to steal a bone from a guard dog.

She would defend her pre-prepared script with dogged determination, refusing to relent no matter what persuasive technique you tried to distract her with. Often the journalist would come away with nothing.

But an interview only needs to deliver as little as one word to make a story, and today that word was “sorry”. It’s not usually part of a politician’s vocabulary – they prefer “apologise” or “regret”. But here was Theresa May telling me she was “sorry” for her previous record on LGBT rights, in a personal interview that we’d arranged to coincide with Pride week. And so, to my relief, a story was delivered that day.

If you delve into the ITN archives, you’ll discover thousands of stories delivered via the craft of the political interview. In fact, I’d argue that they are one of the most prolific sources of news. But that hasn’t always been the case.

It is quite frankly hilarious watching the very earliest television interviews, in which a prime minister was invariably invited to come into the studio and make a series of statements in response to a few deferential prompts from the interviewer.

At the inception of ITN, it was perceived as parliament’s role to hold government to account – television journalists weren’t to overstep the constitutional mark.

The first to dare was Robin Day, whose challenging interview with the then prime minister Harold Macmillan in 1958 was considered extraordinary for its time (though watching with a contemporary eye it appears positively polite). 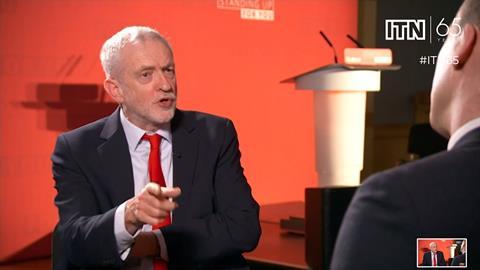 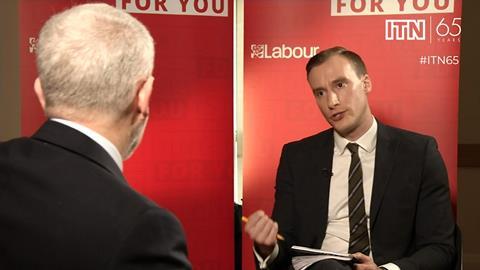 Openly questioning the PM about his foreign secretary Selwyn Lloyds’ handling of the Suez crisis would propel political interviewing into the modern age, bringing it in step with a post-war Britain beginning to shake off old Victorian etiquette.

Over the following decades political interviewing only really evolved in one direction, becoming increasingly confrontational. By the late 1990s and early 2000s, the likes of Jeremy Paxman were famously approaching every interview assuming the politician was a ‘lying b*stard’.

Politicians in turn refined their own response, becoming experts in evasion, resulting in explosive interviews where the repeated question was often more interesting than the repeated answer.

An aggressive style might have worked in an age when most politicians – and most journalists – were straight, white men, but parliament has been transformed by recent elections.

In recent years, the confrontation has escalated further, with the interviewee sometimes inclined to give as good as they get. I don’t need to rehearse the routine in the US, where President Trump dismisses almost every hostile question as “fake news”, but here in the UK too, politicians now regularly bite back.

In 2017, Jeremy Corbyn accused me of being “obsessed” when I asked about his poor leadership ratings. “We have a very strong opposition in Britain if you bothered to report what we were doing,” he erupted. “It’s your failings.” He did offer me a cup of tea once it was all over, but I had an urgent interview to air.

In 2020, political journalism continues to evolve. A uniformly aggressive style might have been a good fit for an age when most politicians – and most journalists – were straight, white men, but Parliament has been transformed (to a degree) by recent elections.

We now have more women MPs, more MPs from ethnic minorities and a record number who identify as LGBT. Politics is done in a far greater variety of styles than it once was, and so too should political journalism. It will elicit better answers.

The Covid-19 pandemic has been a reminder of how the audience prizes enlightenment over entertainment.

Of course, we’ll require licence to reach for the confrontational format for as long as politicians refuse to answer the question, but the Covid-19 pandemic has been another reminder of how the audience prizes enlightenment over entertainment.

During the early Downing Street press conferences in March and April, it was obvious from feedback that viewers craved questions that were first and foremost helpful in improving their understanding of the virus, rather than designed to catch the politician out. Though one trip to Barnard Castle did somewhat shift the public mood…

The art to editing

It’s not just an interviewer’s job to ask the questions, but also to edit together the most interesting answers. Rarely is a news interview broadcast in full and on social media it is often no longer than 30 seconds.

This too is changing the nature of political interviews. On the upside, social media expands our audience and engages with new viewers. On the downside, for all of us, it can create a perverse incentive to seek the ultimate viral clip.

The quest for retweets and likes, coupled with a character limit, can strip the context from an interview in favour of a simplistic representation of what a politician has said. It is our responsibility as broadcasters to continue leaving the context in as much as possible, for the good of public understanding.

But if social media is cutting our attention span, other new formats are expanding it. Podcasts have been one of the most liberating inventions for political journalists of the 21st century. No longer constrained by a set duration, a conversation can flow freely.

What’s more, there is something immensely disarming about the sense of being heard but not seen (though at ITV News we do often have a camera rolling in the background).

Our Acting Prime Minister podcast has been going for almost two years now. From Keir Starmer’s childhood to Jacob Rees-Mogg’s Catholicism, politicians are often far more inclined to open up, delivering a much more honest interview.

Of course, there are many at ITN with a far longer view of broadcasting than I have, and the evolution over the past 65 years will continue for many more to come. 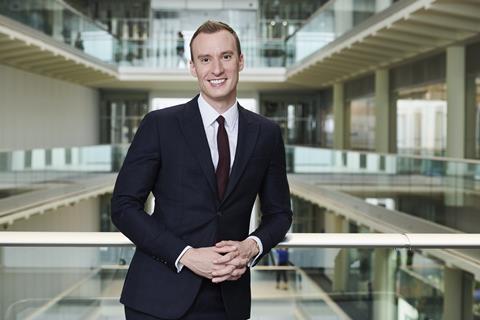 But whatever the latest style, it’s the substance that we as journalists really care about, and the political interviews that live in our archive aren’t just a part of history, they have helped to set its course.