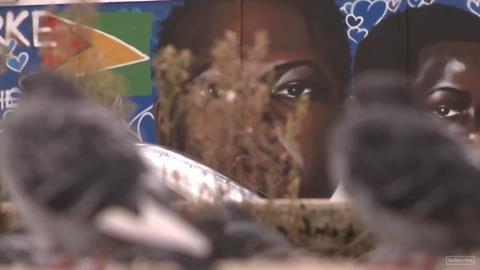 Comment: I would speak out in open court again to highlight how important footage from police body cameras can be to telling the full story, says Steph Davies.

Kevin Clarke was a 35-year-old black man who died following a prolonged restraint by police attempting to section him in March 2018. He was experiencing a relapse of his paranoid schizophrenia.

A call from support workers at his assisted living accommodation did not result in him being sectioned. After a call from a member of the public a little more than an hour later, police did decide to section him – but the attempt to detain him under section 136 of the Mental Health Act went horribly wrong.

It was four days into the first week of the inquest into his death in October and what would be four weeks of evidence – a week longer than planned, in part due to the complexity of the case; the bulk of evidence, witnesses and navigating all this remotely to be Covid-secure.

I’d been asked to keep across the inquest into the death of Kevin Clarke for the day because there was a possibility the body worn video footage would be shown in court and so released to the media.

I was asked by the day’s programme editor, Robert Thomson, to prepare for coverage in the event of any major developments at the inquest, and the body worn footage being released. At this stage it wasn’t clear that there would be more hoops to jump through than the paperwork the media were asked to complete and return to the court clerks.

This was the beginning of what would involve weeks of waiting to discuss how the release of footage would work. I wasn’t in court when the decision was made to release the footage via the police.

This resulted in eventually having to go back to the police through the court, the coroner, and their lawyer to get hold of all the footage the press had asked for; sections that, in fact, only represent a small part of the footage shown in court and held by the police of those last moments of Kevin Clarke’s life.

In the event, release of the footage didn’t happen that day, that week or the next. Although parts of the footage were shown to the jury from the first day I attended, discussion of the media requests for access were pushed back until the final weeks.

The Guardian’s Diane Taylor made a detailed request for the footage which was supported by representation from a barrister. This made the initial case for the release of the footage to all media – the court received almost a dozen requests by the third week.

Release of the footage was discussed just before the coroner gave his summing up to the jury on the fourth Friday. It was confirmed that the media would have the opportunity to watch through the footage shown in court and choose the salient sections; that would then be pixelated and distributed to the press by the Metropolitan Police. 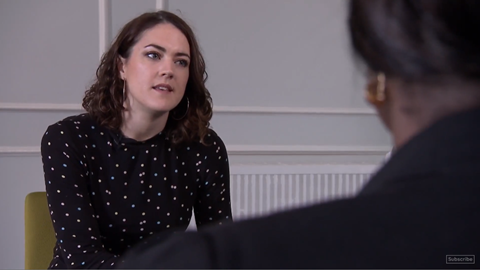 This seemed a little unusual given they were an interested party in the case, but it was something that had been decided already and the footage belonged to them.

A group of press gathered the following Monday morning once the jury had been given their directions and were deliberating. We sat for about four hours going through, and over again the footage shown in court to agree on the sections we all thought told the story best, and fairly for all parties.

We wanted to understand some of the evidence that had been given by the main interested parties – London Ambulance Service, and the Met Police – to shed light on the moments that led up to Kevin Clarke’s death. One important moment was the section where we decided Kevin could most clearly be heard saying, “I can’t breathe”.

When we arrived at the clip, logged with the moment Kevin Clarke said the words “I can’t breathe”, we got complete silence – muted.

When the footage arrived on Thursday afternoon after lunch, we were pleased to be able to continue making some progress on our report. We watched through the clips in chronology as the reporter was seeing the footage for the first time.

But when we arrived at the clip, logged with the moment Kevin was saying the words “I can’t breathe”, instead we got complete silence – muted. I later discovered that it was to protect third-party information of someone’s address being given over the radio.

I could understand the reasoning but it seemed like too significant a section of the request to ignore – and I thought the expertise of our craft editors could probably recover something of the lost five seconds of audio. I flagged it with the court clerk and with our Channel 4 News duty lawyer Sophie Argent.

She agreed we should be able to retrieve that section of audio – and in the midst of this, it became apparent there were other sections missing from the footage request. I highlighted these again in an email to the court’s resources manager.

No time to prepare

When we spoke about it the next morning he explained he’d flagged the issues I’d raised with the coroner, but if I wanted to take it any further, and believed there to be any error on the basis of the principle of open justice, I’d need to appear before the coroner to make a formal submission. I did this about less than an hour later on a Microsoft Teams call.

I spoke in open court mainly to confirm the sections I’d flagged were missing via emails and to volunteer that we could do the editing ourselves. 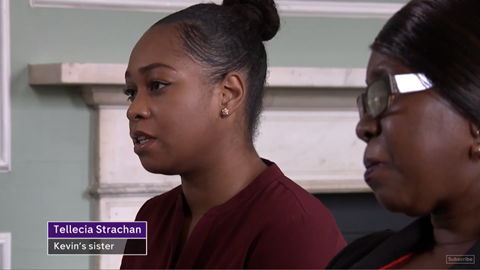 There had been no time to prepare what to say or even clear appearing in court with managers or our lawyers – though to my relief they later agreed.

Instead, I followed my instincts that if this was the only way to make a case for the release of a missing minute of footage and the section a room full of media had agreed was in fact the most clearly heard, “I can’t breathe” unobscured by officers’ voices, it was also worth getting.

The coroner asked what sections were missing, listened to what felt like a brief exchange and conceded to the whole additional request of footage being given – the missing seconds where we saw Kevin’s hood being pulled over his head, the missing audio where he seemed to say the words and the minute at the beginning of him being restrained that had initially been missed entirely from the release.

There is something incredibly powerful about seeing something with your own eyes.

Shortly after appearing in court, I was on the phone to the Metropolitan Police Commissioner’s legal counsel discussing how the footage would be sent over. We agreed to send it back to the Met’s head of press for clearance so it could be distributed on to other media.

Personally, I found it very hard viewing the body-worn video footage and so much of the final moments of Kevin Clarke’s life, which were shown to the jury.

There is something incredibly powerful about seeing something with your own eyes. So many words are said to Kevin by officers in those last moments of his life that sound encouraging or compassionate.

Seeing the footage of how he was actually treated and handled allows viewers and the public to form their own conclusions about what really happened – and to better understand why the jury reached their verdict: finding all interested parties in some way contributed to Kevin Clarke’s death.

There are many who question the use of body-worn video footage in reporting, in particular whether or not it is giving a full picture and, critically, shown in context.

That was a major consideration in the selection of clips the media requested and in the report I produced with reporter Anja Popp – it was vital for me that we showed as much of the chronology of how things developed that day.

It’s important that we all see what happens to people so we can understand why it’s essential to hold authorities accountable and begin to dispel some of the fears and prejudices we can all hold towards people who seem different.

The member of the public who called the police that day saw a man in distress and, I can only imagine, did not believe it would end in a life being lost. In the early moments of the body-worn video footage he’s seen standing by – not startled nor standoffish.

People would benefit from seeing even more of the footage. There is a case for making more of this available because it tells a compelling and significant story, particularly in this landmark case. 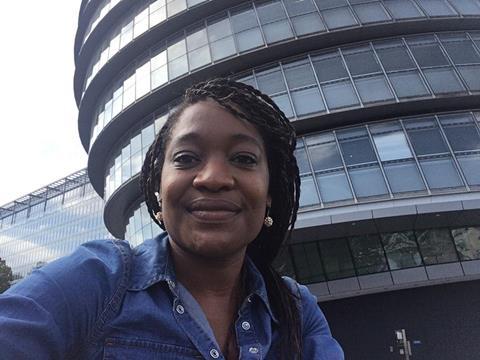 His family have watched the body-worn video footage many times over. They have seen for themselves exactly what happened to their loved one, which ultimately proved that Kevin Clarke wasn’t a threat when he died and was failed by those expected to provide him care.

Steph Davies is a producer for Channel 4 News