ITN Productions is exploring ways of capturing telemetry from sensors worn by competing athletes and presenting the data to fans on digital platforms. 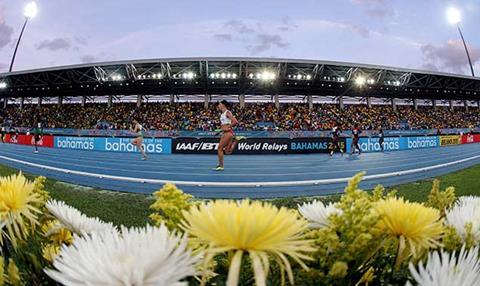 Currently, such data is deemed private and there are limitations on placing technology such as sensors on competing athletes. However, these limitations could soon be removed.

“We want to innovate in this area to provide a more in-depth view of an event than ever before,” said Tim Godfrey, partnerships director for sport at ITN. “Federations and governing bodies are keen to innovate too since they recognise that from a fan’s perspective, such data increases the sport’s accessibility.”

ITN Productions was host broadcaster of the IAAF World Relays in the Bahamas in April. It is separately testing several different “medical grade” sensors and devices. The company would also assign a specialist to any future production to assist in the interpretation and presentation of the data on screen.

“It is crucial that human data is measured and used in the right way to ensure its accuracy,” said Godfrey. “That means using medical- grade equipment, not commercial off-the-shelf devices. We will employ experts but, ultimately, we would want our graphics operators and producers trained to understand the data.”

Heart-rate monitors have been previously fitted to key members of Formula E racing teams, including drivers and team bosses, to see how their stress levels rise and fall during the crucial opening lap of an ePrix.

Similar data could be gathered from athletes lining up at the start of a 100-metre race, Godfrey suggested. “Clearly, the athletes have to be comfortable wearing the sensors and sharing certain data,” he added.

“There are questions about handling the data – for instance, for competitive reasons, some data might be best added in highlights – and about how it can be monetised or used commercially. However, there is a loosening of the boundaries in a lot of sports and the tipping point [for body-worn sensors] is on the horizon.”