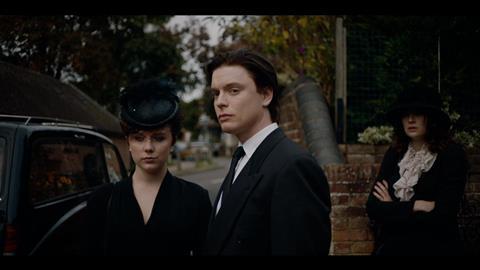 ITV has commissioned a factual drama based on the notorious 1985 murders of Sheila Caffell and her family, from the producers of Catherine The Great.

White House Farm explores the investigation into the deaths of Caffell, her twin six-year-old sons, Daniel and Nicholas, and her parents, Nevill and June Bamber.

Drawing extensively from research, interviews and published accounts of the case, including Caffell’s husband Colin’s work In Search of The Rainbow’s End and Carol Ann Lee’s book The Murders at White House Farm, the drama looks at the detectives’ inquiries and how they moved from suspecting Caffell had committed murder-suicide to focusing on her brother Jeremy, who was later charged and convicted.

Produced by All3Media-backed New Pictures, the series is written by Kris Mrksa (The Slap, Requiem) and Guila Sandler and directed by Paul Whittington (Little Boy Blue).

Myrska said: “This is an incredibly compelling true crime story, but it’s the human dimension of these events that gripped my imagination, particularly after reading Colin Caffell’s book.

“So much discussion of the case has focussed on contested legal details, but I wanted to tell this story in a way that did justice to the devastating emotional truth of what happened.”

ITV head of drama Polly Hill added: “White House Farm is a fascinating insight into what happened on that fateful night in August 1985 and the subsequent search for the truth during the police investigation. Kris Mrksa’s scripts are captivating and perfectly enhanced by the brilliance of Paul Whittington’s direction.”

White House Farm is scheduled to air in early 2020 and All3Media international will distribute the series internationally.