ITV2 wins Channel of the Year

ITV2 was crowned Channel of the Year at the Broadcast Digital Awards as its breakthrough comedy Plebs also picked up a top award. 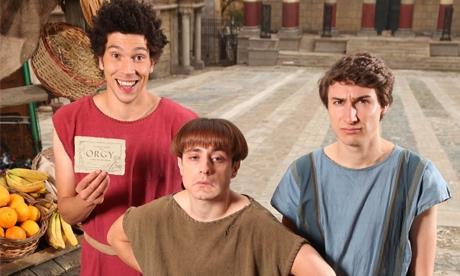 ITV’s youth channel took home the biggest prize of the night after the success of shows including ITV Studios’ The Big Reunion and The Magaluf Weekender, which is produced by Twofour.

Its other hit, Rise Films’ Ancient Rome sitcom Plebs, was named Best Scripted Programme at the ceremony at the Lancaster London Hotel on Wednesday.

ITV2 last clinched Channel of the Year in 2011 – before director of digital channels and acquisitions Angela Jain had really made her mark on its output.

Elsewhere, E4 won the Best Entertainment Channel title as brands including Made In Chelsea and The Big Bang Theory came into their own, while Channel 4 swept the board for its multiplatform content, with the likes of Foxes Live and The Great British Property Scandal named winners.

Best App or Website for Channel, Strand or Genre:
ITV.com/news

Channel of the Year (sponsored by WRN Broadcast):
ITV2