“It is a thorough and forensic exploration – engrossing, worrying, but mostly just really sad.” 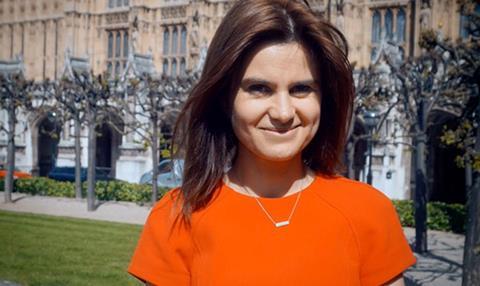 “This poignant documentary does not make sense of it, because it is senseless. But it asks the right questions, from and about everyone involved, about the murder and about the climate in which it happened. It is a thorough and forensic exploration – engrossing, worrying, but mostly just really sad.”
Sam Wollaston, The Guardian

“Jo Cox: Murder of an MP effectively acts as a tribute to the late MP, but also raises questions about how we’ve allowed politics to descend to an ugly and often vicious tenor of debate.”
Finlay Greig, The i

“The programme paid much tribute to her as a person and politician, building up a picture full of light, warmth and energy. Much time has been wasted on whether Mair committed an act of madness or one of political violence. Last night’s documentary hopefully closed the debate.”
Matt Baylis, Daily Express

“Toby Paton’s excellently edited film tracked the parallel paths of these two lives. Switching from one to another was like descending from a walk on a summer’s day to a trudge through an underground sewer.”
Andrew Billen, The Times

“I shall be charitable and assume that the montage documentary series The Baby Boomers’ Guide to Growing Old was intended as a celebration of that generation’s never-say-die spirit. It looked, however, like an exercise in the humiliation of older celebrities.”
Andrew Billen, The Times

“Shows assembled from snatches of celebrity chat are frequently a waste of time, but this was insightful and full of fun. In the end, we didn’t learn much about sex, but lots about growing older.”
Christopher Stevens, Daily Mail

“I keep a list entitled ‘Things I Never Thought I’d See On The Television’ and The Baby Boomers’ Guide To Growing Old expanded it in just one episode. Top of the list was John Prescott and Roy Hudd sniggering over an uncomfortably graphic American public information film about contraception for the elderly.”
Matt Baylis, Daily Express

“The experts on Tried And Tasted care what other people think for all the wrong reasons. They are desperate to show off their pretentious palates, making this pompous little show highly entertaining in ways it never intended.”
Christopher Stevens, Daily Mail