Kathy Burke’s All Woman; Revolutions: Ideas That Changed the World; Inside the Factory

“The beauty industry is not an unusual topic for a documentary and it was hard for All Woman to find something unique to say.” 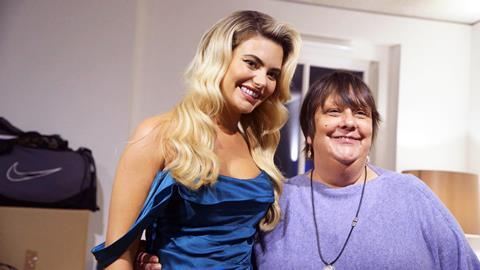 “A great weakness of Kathy Burke’s All Woman was the lack of any sense of the systemic nature of the problem. There was no real follow-through on any of the many points raised. Nothing was pushed: no dots were joined. Overall, while Burke herself was the tonic she always is, the show’s conflation of so many issues was a frustratingly incoherent response to a world shown to be even uglier than we suspected.”
Lucy Mangan, The Guardian

“The beauty industry is not an unusual topic for a documentary and it was hard for All Woman to find something unique to say. Burke was the best bit of the episode by far. She was compassionate and understanding, alternating between crude and vulnerable with remarkable frankness. It would have been so easy for her to rely on her comedy chops, but she took the topic seriously.”
Amy Jones, The Telegraph

“Beauty is only skin-deep was the message Burke kept falling back on, this well-meaning film, alas, was skin-deep too, amounting to an hour of fretting and beautifully phrased Burkeisms.”
Chris Bennion, The Times

“There was a wonderful mix of voices in the episode, including rapper Nadia Rose and life model Big Sue, who sat for the world’s most expensive portrait, Lucian Freud’s Benefits Supervisor Sleeping. But the real highlight was Burke herself, impossibly funny one moment and quietly insightful the next. She can now take her place alongside the Crown Jewels in the Tower of London.”
Owen Richards, The i

Revolutions: The Ideas That Changed the World, BBC4

“Physicist Jim Al-Khalili is one of those scientists who could still be burbling about the wonders of harnessing physics even as an atom bomb goes off. As far as Professor Jim is concerned, science can do no wrong. Despite its lack of critical thinking, this has been an interesting series that selects disparate threads from history and weaves them together to show how an indispensable invention came to life.”
Christopher Stevens, Daily Mail

“Inside the Factory used to have a jolly appeal, with Gregg Wallace’s asinine enthusiasm making for decent junk-food telly. Now it’s just dull. Time to shut the factory gates.”
Chris Bennion, The Times