“Little Big Shots is like the worst end of year school variety show you’ve ever seen.” 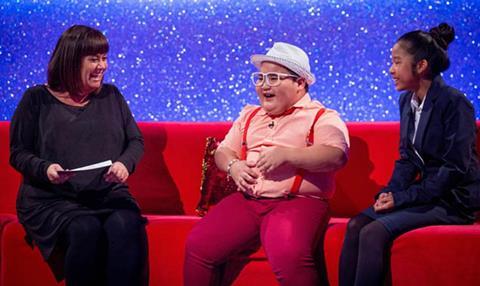 “Little Big Shots is like the worst end of year school variety show you’ve ever seen. It was unbearably hammed up; like a pantomime on steroids. The jokes were corny and the format far too obvious.”
Chloe Hamilton, The i

“Even with Dawn French’s help, it was hard to warm to the show or the children’s precocity. It did not earn its primetime midweek slot.”
Andrew Billen, The Times

“Despite its randy youths, its easy acceptance of gay men and dear old cross-dressing Les, this is a seaside postcard lost in the post from a previous age — disorientating, but in a depressingly familiar ITV way.”
Andrew Billen, The Times

“The fun of Benidorm is not the set-up, which went stale long ago, or the toilet gags, which were cruder and smellier than ever. It’s the superb ensemble cast.”
Christopher Stevens, Daily Mail

“The principal ingredients are sun, sea and a seemingly limitless supply of lame gags about bodily functions. It’s perfectly unspeakable but, a bit like Brexit, Benidorm is a cheap-as-chips fantasyland for which a quiet majority have expressed a preference.”
Jasper Rees, The Telegraph

“It must be going down well with someone somewhere but not only did I fail to raise a chuckle even once, I positively winced at the lameness of the humour.”
Virginia Blackburn, Daily Express

“This mulch of history and gossip fell short on both counts. The promise of archival revelations turned out to feature little more than a few epistolary indiscretions.”
Jasper Rees, The Telegraph