Little Birds; Cuba: Castro vs the World; The Talk; How To Lose Weight Well

“Sensitive viewers may occasionally have to look away, but so far, this is a riot” 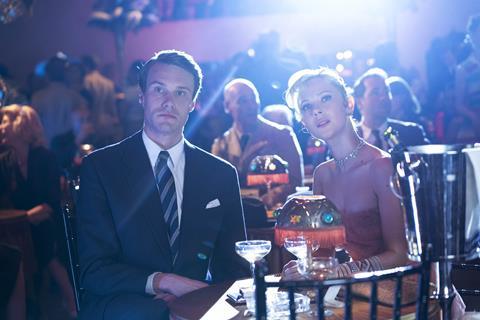 “The show is an interior designer’s wet dream, but what about the rest of us? Despite Juno Temple’s talent at playing the wide-eyed sexual dynamo, and a fun Hugh Skinner as her painfully closeted aristo husband, it’s so far proving a bit hard to care about anyone. However, things should hot up — being based on Anaïs Nin erotica, this is not a series you’d accuse of being timid. The risqué bits have already featured much canine-obsessed S&M, including a bit of micturition, art deco-style, in a brothel. Different strokes for different folks, perhaps.”
James Jackson, The Times

“In short, for a series inspired by dollar-a-page work written to get one client off, it packs a lot in (insert your own joke here, by all means). The impact of colonialism; the subtleties and hammer blows of racism (from the ladies by expat Contessa’s pool who embarrass Cherifa’s boyfriend by making him hold the hose they drink from, to the beggar boy killed without consequence by a passing French soldier for putting up a picture of the king); the endless power of men to control the lives of others; the myriad forms sexuality will take if only it is allowed.”
Lucy Mangan, The Guardian

“Diarist, novelist and writer of erotica Anaïs Nin lived a colourful life, scattered with affairs with literary A-listers, including Henry Miller and John Steinbeck. She would have been delighted by this playful dramatisation of her Little Birds story collection, which creates a fabulously vivid and decadent picture of Tangier in the mid-50s. Sensitive viewers may occasionally have to look away, but so far, this is a riot.”
Adam Sweeting, The i

“If a straightforward history documentary is only as good as its interviewees, this one had ex-Cuban Intelligence guys, former anti-Castro fighters, men who fought with Che Guevara in Bolivia, and even Gorbachev’s interpreter to shed light on the Castro era. By the end you were almost surprised his dentist hadn’t shown up to explain how toothache led to the Cuban revolution.”
James Jackson, The Times

“It conveyed none of Cuba’s real character. The ominous soundtrack was orchestral, when it could have used the island’s indigenous jazz known as ‘son cubano’. Above all, it failed to explain Castro’s charismatic appeal. This man dragged his native country into a protracted war, wrecking the economy and plunging families into poverty. Yet many older Cubans still speak of El Comandante with reverence. A documentary that showed us why they loved him would have been better than this dry lecture.”
Christopher Stevens, Daily Mail

“Many despaired of ever seeing a level playing field, but the Nigerian father of England rugby star, Maro Itoje, took a different view: “Don’t use your race as an excuse, you’ve got to be the best at whatever you do.” This was a fascinating debate, skilfully handled.”
Adam Sweeting, The i

“If the idea of this one-off programme was to help us get slim by spoiling our appetites, it succeeded. Perhaps the only genuinely useful tip in the whole hour was a suggestion for tasty salads: the blandest lettuce leaf will become delicious if it’s drizzled in olive oil.”
Christopher Stevens, Daily Mail