Outgoing Channel 4 chairman Terry Burns has strongly rejected privatisation plans – but has floated the idea of the broadcaster making a fixed financial return to government. 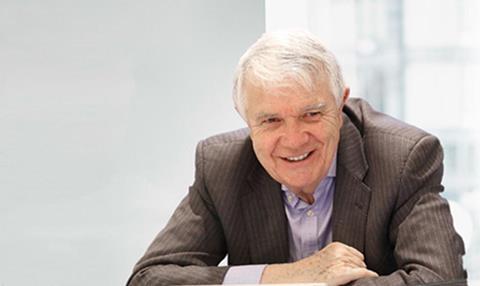 Speaking at a House of Lords dinner to mark the end of his six-year tenure, the chair said he could see “no financial reason at all” for privatising Channel 4. “The government has as many assets to sell as it could hope to need,” he said. “They are still quite heavily into banks.”

Lord Burns added: “I’m happy to engage in a debate about whether [privatising C4] would improve public service broadcasting, but I believe any…equity sale of C4 would be very damaging. It would be forced to become like the other [commercial PSBs] - there would be a chase to the centre.”

As an alternative to privatisation, Burns’ suggested the broadcaster could potentially offer a fixed return to whichever bodies invested in it, or to the government. He pointed to Welsh Water and the Canals Trust as examples of organisations operating under such a model, which has been widely characterised as mutualisation.

“The big issue is whether the incentive for people to fund C4 is to maximise shareholder return or to take a fixed return. Government has been very nice, not asking for any return at all – a happy situation,” he said.

“Should there be return for the government for the success of C4? That could be debated, that could be constructed…I would be much less opposed to that.”

The idea of some kind of part-privatisation is beginning to gain traction. C4 owns its Horseferry Road headquarters in central London and a move to a cheaper location, potentially in another part of the UK has been mooted.

Burns dubbed a potential move from its offices as a “sideshow” but admitted: “It’s very convenient being at Horseferry Road but there is no absolute reason for being there – lots of locations could do. The building is worth £100m, we could move and take cheaper locations.”