“The most jaw-dropping, OMG did-you-see TV of the night.” 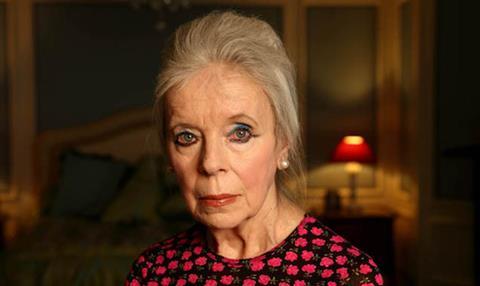 “The most jaw-dropping, OMG did-you-see TV of the night. It would be funny (because it’s about a strange world of speedboats, pet tigers, and Monte Carlo while nanny took the kids to Westgate-on-Sea) if it weren’t so damn sad.”
Sam Wollaston, The Guardian

“The programme, which felt a bit like the TV equivalent of a mid-market newspaper exclusive, had less to do with revelatory disclosures about that tragic night and everything to do with our salacious interest in the lives of our blue-blooded thoroughbreds. It was a sad, tragic hour of TV.”
James Jackson, The Times

“Though Lord Lucan may be the person of intrigue, it was Lady Veronica Lucan who was the star of the show. Like a character from a more sinister Jilly Cooper novel, she is the sort of aristocrat who speaks matter of factly about sex.”
Daisy Wyatt, The i

“In terms of lurid fascination, Lord Lucan: My Husband, the Truth should have had it all. Yet half way through I found myself checking my watch, wishing it were over. In the end, this was a film that shed little light on a mystery that’s been endlessly pored over for 43 years.”
Gerard O’Donovan, The Telegraph

“For conspiracy theorists, Lord Lucan: My Husband, The Truth might have been a disappointment. Of course, the truth often is.”
Matt Baylis, Daily Express

“In terms of outlining the background and hearing from many of those involved, this was an exemplary report, even if for something shown on the opening day of a trial there was rather too much of the done deal about it.”
Gerard O’Donovan, The Telegraph

“This thorough film explores the story’s context that stretches back to the civil rights movement. This wasn’t just about the great wealth machine of Hollywood keeping people silent. It was about no one wanting to believe anything was wrong.”
Sam Wollaston, The Guardian

“Cosby: Fall of an American Icon gave an insightful look at how the ‘American dad’ became an American predator, and how social influences worked to keep the allegations silent for so long.”
Daisy Wyatt, The i

“The sombre and shocking Cosby: Fall of an American Icon featured at one point clips of Bill Cosby basking in the glow of a starry 2009 TV celebration of his career, even as 13 women were prepared to testify that he’d raped them. That was before the internet turned on him.”
James Jackson, The Times