“It’s a shame it doesn’t reveal that Donald was actually born in Mexico, but it’s still pretty good.” 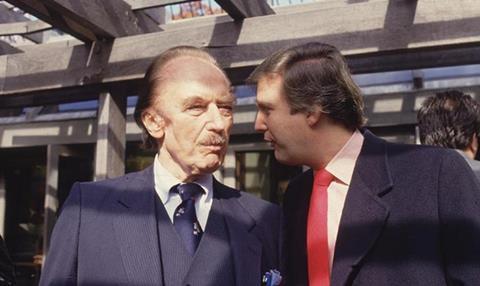 Meet the Trumps: From Immigrant to President, Channel 4

“Matt Frei’s film picked through the previous generations of Trumps in the style of Who the Hell Do You Think You Are? It was the Channel 4 News correspondent’s second Trump hatchet job, and this time his blade drew blood.”
Andrew Billen, The Times

“It only goes back a couple of generations, but that’s all it takes to unearth lots of interesting stuff. It’s a shame it doesn’t reveal that Donald was actually born in Mexico, but it’s still pretty good.”
Sam Wollaston, The Guardian

“This isn’t a claws-out kind of reality television show, and neither are the celebrities doing anything particularly challenging. But it does provide a good lowbrow laugh.”
Daisy Wyatt, The i

“The female celebs were wrecking their two-week diet plans by sneaking downstairs at night to cook themselves omelettes. Their weak-willed cheating had one positive outcome — it exposed the show as a complete waste of everybody’s time.”
Christopher Stevens, Daily Mail

“Revolting does not shy away from mocking everyone in Britain from the upper class Tory types, to the white working classes and second generation immigrants. It will sit uncomfortably with some, but to suppress it would only feed a hatred for political correctness that has made way for America’s new President.”
Daisy Wyatt, The i

“As a whole this show is hit-and-miss on a scale never witnessed before, touches of target-splicing brilliance amid stuff you’d be delighted to avoid.”
Matt Baylis, Daily Express

“Even the most outwardly exciting TV shows can dish up a dazzling quantity of dull factoids, as Martin Clunes: Islands of Australia proved last night. Tune in next week to see Mr Clunes experiencing the world’s third largest ball of eucalyptus gum, and a kangaroo that’s a slightly different shade of brown.”
Matt Baylis, Daily Express