Michael Moore talks Where To Invade Next

Michael Moore reveals how his electrifying Where To Invade Next was made under the radar. 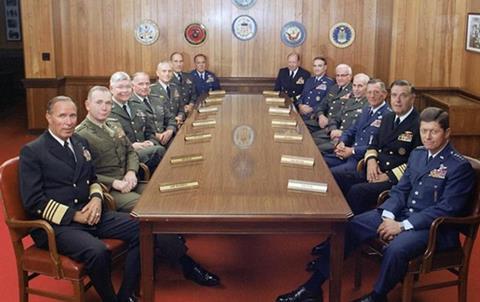 At the end of the 1980s, Michael Moore burst onto the US independent scene with Roger & Me, the surprise box-office hit that broke the mould for documentary film-making and made its writer-director an unlikely on-screen icon.

In 2002, Moore delivered Bowling For Columbine, an even bigger box-office hit and documentary feature Oscar winner that gave its creator the chance to ruffle feathers on Hollywood’s big party night with a politically charged acceptance speech.

And in 2004, Moore ignited political debate with Fahrenheit 9/11, the winner of that year’s Palme d’Or at Cannes and the highest-grossing documentary of all time in the US. In between those milestones, there have been bestselling books, television projects (TV Nation, The Awful Truth) and even a feature comedy (1995’s ill-fated Canadian Bacon).

After 2009’s Capitalism: A Love Story, however, Moore virtually disappeared from view, emerging only with the book Here Comes Trouble: Stories From My Life and in a legal dispute (eventually settled out of court) with Harvey and Bob Weinstein over profits fromFahrenheit 9/11.

Then, earlier this year at Toronto, the baseball cap, jeans and trainers returned to the spotlight as Moore’s Where To Invade Next made its world premiere. Shot almost entirely under the industry’s radar, the new documentary takes Moore around the world in search of solutions to some of the US’s most pressing problems.

Sold by William Morris Endeavor (WME), Where To Invade Next was snapped up for the US by the new and as-yet-unnamed distribution company founded by former Radius-TWC co-presidents Tom Quinn and Jason Janego, and Alamo Drafthouse CEO Tim League.

Why the six-year gap between films?

I said at the end of Capitalism: A Love Story that I didn’t have an interest in making any more issue films, and that I’d wait and see if people would start to rise up. Then Occupy Wall Street happened and other movements began and it seemed like there was a real revolt afoot.

I wrote a book and I started restoring movie palaces that had closed down to help revitalise the economy in Michigan, where I live. And then I was on the board of governors of the Academy [of Motion Picture Arts and Sciences] and I spent a lot of time trying to get the rules changed so there would be democracy within our branch and the entire Academy would be able to see [Oscar-nominated] documentaries and vote on them.

For Where To Invade Next, how did you manage to work under the radar?

By unplugging. Just simply not talking about it on social media. And by divorcing myself from the hype machine of publicists that send out press releases that I’m going to make this film and there’s been a big deal and then list all the lawyers and agents who did the big deal.

And then capitalism helped me: the greed of the large media corporations in the US, where they have decimated newsrooms and closed most foreign bureaus, allowed me to run around the world without the American media knowing.

Why was it important to work that way?

Because I reached a point where I say something or do something and the noise machine ratchets up. I’m trying to make a really great film and I want my focus to be on that, not having to engage in a debate on CNN with Wolf Blitzer. My crew and I are very political people but we are film-makers.

Did it help that the film was backed by WME-owned IMG rather than an outside company?

Yes. They’re trying something they’ve never tried before and breaking the cardinal rule of agencies, which is you do not fund your clients’ projects out of your own pocket.

Yet I think that helped us too, because we kept it small and simple. I didn’t want access to a lot of money. We did three weeks of pre-production in my living room and then we got on a plane and had 35 consecutive days of shooting.

You’ve talked about focusing on positives, or “picking the flowers and not the weeds” on this project. Does that reflect a change in your outlook?

If you watch this film with an average American audience there’s a lot of laughter, probably more laughter than in any of my films since Roger & Me. But people are also getting increasingly angry during the film, because I’m showing them the America that either they think they have or that they thought they were going to have, but in fact [they] don’t have — because it’s over in Slovenia and Tunisia and Germany and Portugal.

That America, that ‘We’re number one’ business? That doesn’t really exist and we all kind of know it, and this film makes you sit there and admit it. So in a subversive sort of way, the film, by showing how wonderful some of these things are in some of these countries, is actually a much more angry film in the sense of the impact it has on the American audience.

Who do you want the film to reach in the US? People who are already inclined this way or people to whom it hasn’t occurred that there might be better ways of doing certain things?

Both groups. The people who are inclined this way need a boost. They need to know we’ve succeeded before and we’ll continue to succeed, and we can change some of these things. It’s not rocket science to make a decision to not poison your children at lunch every day. But I don’t take a partisan tone in terms of Democrats versus Republicans. There are people who are still in that mushy middle who would at least listen to what I’m offering. I think they will be very much impacted.

How do you expect international audiences to respond?

What I think it will do for a foreign audience is remind you that you actually do have some good ideas, and they’ve actually worked for some time. And maybe you should think about that before you start to discard them or modify them so that they’re more American.

Does the fact you have become a bogeyman to the political right make it harder for you to get your message across now?

No. Because the right has vilified me over the years, they’ve made me a beloved figure among the majority of the American population. The majority of Americans now believe the things that I’ve been saying for 25 years. Whether it’s issues with the environment, or equal pay for women or twice electing a man whose middle name is Hussein.

You’ve benefitted from some of the aspects of the American system that your films criticise. Are you conflicted about your wealth? Do you put your money where your mouth is?

I hope so. I’m able to make whatever film I want to make. I don’t really have to be subservient to the whims of any financier or bank or studio. It’s given me complete freedom to make the movies I want to make. And I support and do a lot of things to help people.