“It’s not going to break any taboos, win any awards, or strike any real fear into the hearts of viewers, but it’s good, old-fashioned fluffy telly.” 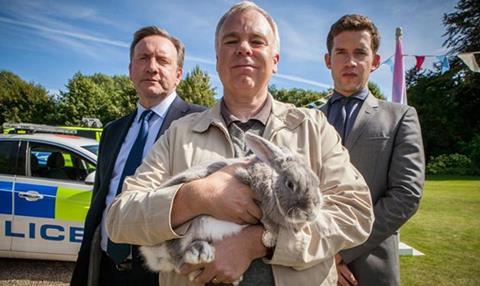 “There was nothing new here; no exciting twists; no different angles. It was the same formula that has worked since 1997. It’s not going to break any taboos, win any awards, or strike any real fear into the hearts of viewers, but it’s good, old-fashioned fluffy telly.”
Chloe Hamilton, The i

“This episode provides the ideal Midsomer marriage of bloody corpses and bonnie cottages. By the time the murderer is revealed, I have an urge to check out some schedules for Buckinghamshire cottages.”
Chitra Ramaswamy, The Guardian

“As ever, there was an excellent roster of guest stars. Best of all was a rare TV appearance by Susan Hampshire, who hasn’t been seen since a bit part in Casualty more than three years ago. Her return was as welcome as it was overdue.”
Christopher Stevens, Daily Mail

“I hate to recall the dark days of 2011 when Midsomer’s co-creator, Brian True-May, left the programme after suggesting it had no place for ethnic minorities. Well, yesterday the pathologist was black, and three cast members had Indian names. Yet, as True-May put it, the series still looked like the ‘last bastion of Englishness’. Whatever was the problem?”
Andrew Billen, The Times

“If you ever doubted that there was a crisis in the NHS, this is a series that convinces you straight away. After last week’s introduction to the extraordinary amount of time and effort everyone expends struggling to find beds to put their patients in, this week offered further shocking illustration of what a massive waste of time and money this represents.”
Gerard O’Donovan, The Telegraph

“Tom Currie and Gilly Greenslade’s series is unusual. It has discovered a new dynamic in healthcare and reality drama, in which the will to save lives is pitted against a pitiful shortage of places in which patients can get better after their operations. It is not so much An Hour to Save Your Life as a day to find a bed.”
Andrew Billen, The Times