“What could have been an extravagantly point-and-boggle hour was instead infused with larger questions and insights into how ancient traditions have metamorphosed into something else.” 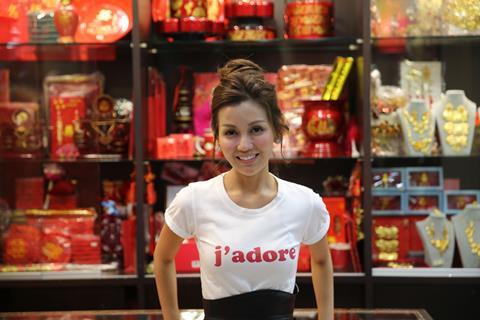 “All in all, Million Dollar Wedding Planner was marvellously restrained. What could have been an extravagantly point-and-boggle hour was instead infused with larger questions and insights into how ancient traditions have metamorphosed (or metastasised) into something else. The programme asked questions about untrammelled capitalism, and about where we go from here.”
Lucy Mangan, The Guardian

“I have very mixed feelings about documentaries on the extravagant spending habits of the super-rich, so I watched Million Dollar Wedding Planner prepared to roll my eyes. However, the programme offered more than a look at showy weddings, and segued into a study of how new wealth is seeing young people trying to break away from their parents’ traditions in China and Hong Kong.”
Clair Woodward, The Telegraph

“The riches of Croesus were on obscene display in Million Dollar Wedding Planner as the children of Asian billionaires staged the most vulgar, ostentatious, wasteful, hackneyed and tasteless ceremonies imaginable. This was one of the year’s more pointless documentaries. If you aren’t interested in salivating over tacky tat sported by the blandly anonymous super-rich, there was nothing else to see here.”
Christopher Stevens, Daily Mail

“The aerial drone footage, CCTV, the recorded 999 calls heralding a murder as it is happening and the dashcams and bodycams that show us a car chase in real time — we got all of that in The Met: Policing London. However, the real value is in reminding us what we take for granted: that officers must chase a car for miles, then run after the occupants on foot, not knowing if any second they will turn around and shoot them.”
Carol Midgley, The Times

“The show works best when both families are overwhelmed by the extreme change of circumstances. That didn’t happen here because the Donovans were hard-working people who knew the value of a pound, and the Whites were faultlessly dignified and respectful.”
Christopher Stevens, Daily Mail

“I’m very much enjoying it, like I’d enjoy a lush, gossipy soap opera. Mirren is the energy, the sun around which all the other characters orbit, and she is spectacular in her jewels and finery.”
Carol Midgley, The Times