TV Critics: Morocco to Timbuktu; The Truth About Sleep; Born to Kill

“This is more like it — a voyage to strange lands with a companion who is a genuine traveller, not some smug comedian on an all-expenses-paid junket.” 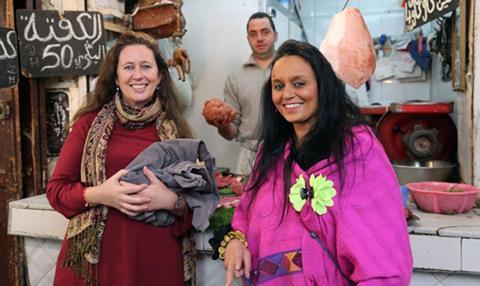 “This is more like it — a voyage to strange lands with a companion who is a genuine traveller, not some smug comedian on an all-expenses-paid junket. You’d be a brave traveller to want to experience all this for yourself, but to see a seasoned explorer on the trail did ignite the imagination.”
Christopher Stevens, Daily Mail

“Adventurer, explorer and writer Alice Morrison does not, unlike certain other TV adventurers, feel the need to remind us how dangerous her trek is every five minutes.”
Matt Baylis, Daily Express

“Alice is fabulous. For not being just another actor/comedian on the travelogue gig, for starters, and for actually knowing stuff.”
Sam Wollaston, The Guardian

The Truth About Sleep, BBC1

“Dr Moseley goes to see lots of experts at their research centres and universities, visits a GP’s surgery, cafes, a Danish glass house (no throwing stones). All of which are totally relevant to his investigation. And it’s really interesting – the genetics of insomnia, the links with obesity and diabetes, the way the modern world is messing up our sleep.”
Sam Wollaston, The Guardian

“Most enlightening was Mosley’s encounter with an Oxford professor who had discovered we have several different body clocks working at once, and occasionally in opposition to each other. Awkward Big Ben metaphors notwithstanding, this was fascinating stuff of which I could have done with more.”
Gabriel Tate, The Telegraph

“Like all such programmes, the results were based on small samples — there is only one Michael Mosley — and its conclusions were tentative. The most interesting insight, were it ever to be proved, was that sleep deprivation could be partly responsible for our national weight crisis.”
Andrew Billen, The Times

“The end of Born to Kill came as a relief. Relief that the whole harrowing, disturbing and gripping affair was over, but also that writers Kate Ashfield and Tracey Malone had somehow navigated their way towards a conclusion that was neither cop-out nor impossibly bleak.”
Gabriel Tate, The Telegraph

“The end sequence, involving a manhunt, a life-or-death battle at sea and a flashback to the events that had robbed Sam of a future at the age of four, was as crammed with drama as anyone could want. When it was all over though the lasting impression was of great, deep sorrow for everyone.”
Matt Baylis, Daily Express