“A privileged insight into the sterling work done by a largely unregarded profession.” 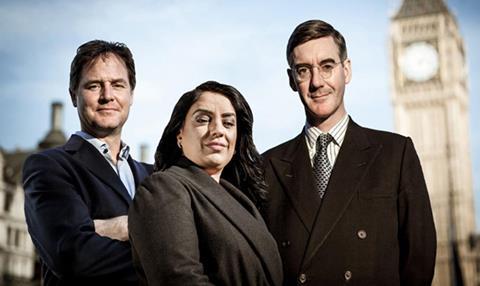 “Nothing to do with moats, duck houses or infantile braying across the dispatch box, this was MPs working for the people who elected them, acting as social worker, counsellor, listening-post. The result was never less than riveting viewing.”
Jim White, The Telegraph

“It’s fascinating, because of the massive range of issues they have to deal with. It’s also interesting because it’s a rare peek at MPs not braying at each other in Westminster but actually among real people, the people it’s their job to represent, actually having to listen.”
Sam Wollaston, The Guardian

“The surprise star was Jacob Rees-Mogg, a man who has apparently time-travelled from the 1930s, only to listen to endless conspiracy theories and tearful rants on everything from Brexit to Iranian computer viruses.”
Christopher Stevens, Daily Mail

“The programme was skilfully edited to provide lighter moments without lapsing into mockery, while also showing the kind of hard grilling MPs can receive. If there was a criticism here, it was that it also felt rather like soft PR for the three MPs, ultimately cast in a near-heroic light.”
James Jackson, The Times

“Undoubtedly, there was a whiff of the PR exercise to the programme… there was little genuine tension, and it felt contrived to end on an uplifting note. But then, in the light of recent events, a bit of positive discrimination towards MPs seemed no bad thing.”
Hugh Montgomery, The i

“MPs: Behind Closed Doors is a brilliant sideways move and, just as with the doctors, giving us privileged insight into the sterling work done by a largely unregarded profession.”
Matt Baylis, Daily Express

“The success of such lightweight schedule-fodder, a cynic might argue, is predicated on the joy of watching C-listers being tortured, to the point of vomiting, for our pleasure. On this count, Tour de Celeb delivers the fun.”
James Jackson, The Times

“The magnificently camp Louie Spence was the stand-out thing about this show, rescuing what was otherwise a lame concept. Now, we can only hope that over the forthcoming weeks he remains sufficiently free of saddle sores to carry on.”
Jim White, The Telegraph

“This was a slice of reality TV that made I’m A Celebrity… look like University Challenge. There ought to be a law against screening rubbish like that.”
Christopher Stevens, Daily Mail

“This is jolly, in spite of the annoying title.”
Sam Wollaston, The Guardian