“The humour is in the way the characters love each other, even when they’re being most hurtful” 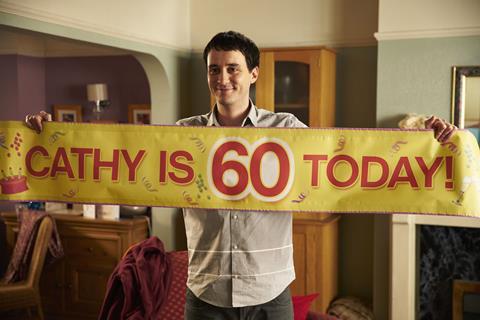 “The really biting, bittersweet comedy moments all revolved around Cathy. Not so much in what happened or what she said, but in what failed to happen and what remained steadfastly unsaid.”
Gerard O’Donovan, Daily Telegraph

“Stefan Golaszewski’s comedy of quiet desperation paints one of those pictures of suburban dreariness that first makes you chuckle, then makes you wince in recognition, then feel a silent Munch-like scream welling up inside at the hopeless emptiness of life.”
James Jackson, The Times

“Mum borders on drama, and even the most trivial jokes leave a bittersweet aftertaste. There’s no studio laughter and almost no punchlines. The humour is in the way the characters love each other, even when they’re being most hurtful.”
Christopher Stevens, Daily Mail

“It is all very slow and gentle and well-acted.”
Chitra Ramaswamy, The Guardian

“It is impossible to watch without suspecting it started out as a biting satire and somehow lost its sense of humour – or its courage – along the way. Even so, it retains a powerful capacity to provoke.”
Gerard O’Donovan, Daily Telegraph

“It has all the potential to become as seductive a family saga as Six Feet Under or Brothers and Sisters. But I fear it won’t be able to help itself.”
James Jackson, The Times

“Sounds brilliant on the page, but it is quite irritating on the screen.”
Chitra Ramaswamy, The Guardian

“The documentary told us little that we didn’t fully expect to hear of the Hollywood bomber (as Gwyneth Paltrow once called him), but there was a queasy, malodorous fascination in hearing the stories of a heavyweight toad — a report rare in its simple, damning clarity and relevance.”
James Jackson, The Times