My Gay Dog and Other Animals; 63 Up; Shopping With Keith Lemon

“It is, essentially, the kind of segment that might have sustained 10 minutes on Eurotrash, stretched out over one long, hump-filled hour.” 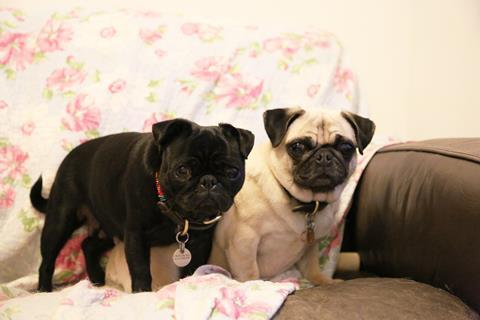 My Gay Dog and Other Animals, Channel 4

“My Gay Dog and Other Animals purports to be an examination of the science behind same-sex behaviour in the animal kingdom, but it is, essentially, the kind of segment that might have sustained 10 minutes on Eurotrash, stretched out over one long, hump-filled hour. The scenes of animals getting frisky felt as if they would never end. By contrast, the science was, with apologies to the rams, woolly and minimal.”
Rebecca Nicholson, The Guardian

“Look, I’m broad-minded. I’m an animal lover. I’ve never doubted that there are gay animals because why wouldn’t there be? I’m just not convinced we needed to see quite so much of the Italian greyhound Franco ‘doing’ another greyhound, Norman, to ‘jolly japes’ music when the supposed premise was scientific. It felt like a ruse to show childish footage.”
Carol Midgley, The Times

“In My Gay Dog and Other Animals we were shown rather more footage of copulating animals than was entirely necessary, including many examples of Norman and Franco’s highly active sex life. Excessive sex scenes aside, the programme was genuinely informative and must have left viewers looking at their pets in a whole new light.”
Claudia Connell, Daily Mail

“The final episode of Michael Apted’s 63 Up was as compelling as the others, with Paul and Symon, the former children’s home boys, splendidly happy in loving families. But it was Neil we’d been waiting for (I had, anyway). He has been the series’s fragile, struggling hero. But despite his community status and fierce intelligence, he still looked lost.”
Carol Midgley, The Times

“Neil’s plight proved the Up series to be a radically different beast from the one envisaged by original director Paul Almond as a treatise on how the class you were born into defined your future. It suggested instead that life was unpredictable. Class might count for something, but if you plunged out of orbit there might be no way to arrest your fall.”
Chris Harvey, The Telegraph