My Year With the Tribe; Ordeal by Innocence; Famalam 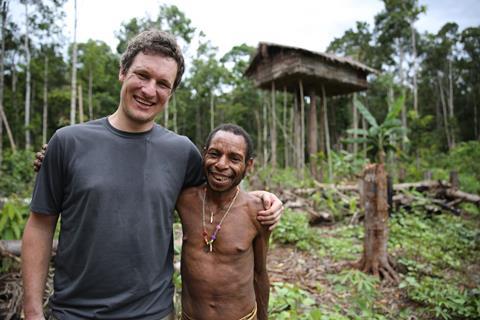 My Year With the Tribe, BBC2

“Whistleblower’s gong, please, for Will Millard for delivering that TV rarity: a documentary that tells the whole truth (er, we think) and snitches on other TV crews for faking it. Ironically, though, it made more gripping TV than if he had found the real thing straight off.”
Carol Midgley, The Times

“Once it becomes clear that the Korowai have seen wide-eyed film crews plenty of times before, the focus of the documentary becomes documentary-making. It turns into an ethical quagmire and I am not sure that My Year With the Tribe escapes from it simply by addressing that fact.”
Rebecca Nicholson, The Guardian

“And so it continued, with Will bravely forging on in search of the last pure savages and finding the savages waiting for him with an invoice. Does it matter, though, ultimately? It reminds us how clever these people are at survival.”
Matt Baylis, Daily Express

“Aside from those final shark-jumping moments, I relished every other dark, delicious thing that the writer Sarah Phelps did to the story — and I’m a lifelong Christie fan. Some purists argue she took too many liberties, and if she thinks she can do better than the Queen of Crime, why doesn’t she write her own? I disagree. It revitalised and thrilled-up a story I thought I knew.”
Carol Midgley, The Times

“It was undoubtedly absorbing, with brisk pacing, every sentence and action imbued with meaning. Aesthetically, it was stunning, the colour palette gorgeously vibrant; each shot would have looked at home in a gallery, with not a camera angle left untried. Much of the acting was of the highest order of melodrama, ideal for a Sunday night.”
Rob Epstein, The i

“With its doomy soundtrack, gloomy visuals and the hyper-intense performances, this adaptation was a real belter.”
Jasper Rees, The Telegraph

“It is good-natured, daft and occasionally incisive. Plenty has been written about how sketch comedy has been revived by the internet’s appetite for brief, shareable clips and this certainly feels as if it could exist in isolated, Facebook-friendly bursts. The sketches are rapid-fire and rarely outstay their welcome.”
Rebecca Nicholson, The Guardian

“The cameras got no closer than a drone’s eye view of the Getty Museum. I couldn’t decide if this breathless documentary about rich people telling us how they spend their money needed to be far longer or considerably shorter.”
Jasper Rees, The Telegraph