TV Critics: Mystery of the Man on the Moor; Hidden Restaurants; The Royal House of Windsor; Midnight Sun

“It’s both totally engrossing and ultimately a bit disappointing.” 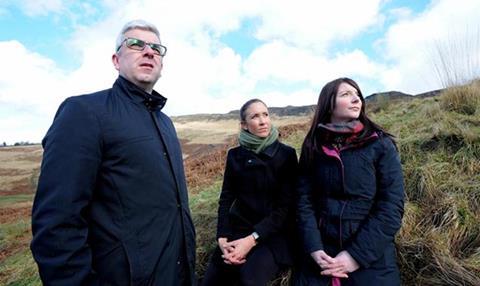 Mystery of the Man on the Moor, Channel 4

“Sarah Hey’s documentary had no particular points to make about society or justice. It didn’t even really have a crime. Instead, it was a small, strange, unsettling story that stayed with me long after the credits rolled.”
Gabriel Tate, The Telegraph

“It’s both totally engrossing and ultimately a bit disappointing. Engrossing because of the extraordinary nature of the case, the enigma of David and his death. But it’s disappointing because in the end I didn’t learn very much that I hadn’t already read.”
Sam Wollaston, The Guardian

“Hey managed to get the investigating officers to speak like the intrigued, puzzled, frustrated professionals they undoubtedly would be, rather than the automatons who have swallowed police jargon manuals whom we usually see on television. The only problem with the programme was that the mystery remained unsolved.”
Andrew Billen, The Times

“The concept was as repetitive and overstretched as the winsome acoustic soundtrack. An amuse-bouche disguised as a main course, Hidden Restaurants looked good and tasted fine, but ultimately lacked both substance and nourishment.”
Gabriel Tate, The Telegraph

“This series has become an unmissable exposé, not only for the extraordinary private papers it uncovers, but with its unerring instinct for the telling phrase.”
Christopher Stevens, Daily Mail

“The investigation, and the series, is a Swedish-French collaboration, The Killing meets Spiral, Abba covers Je t’aime, köttbullar au vin. It’s a promising flavour combination, gory and gothic, even if the meat may be a little underdone for some palates.”
Sam Wollaston, The Guardian