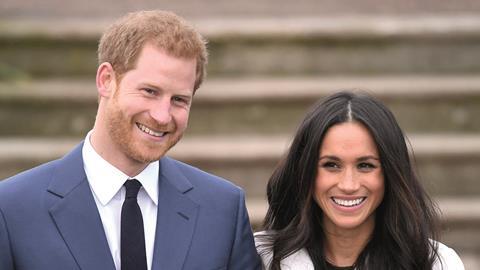 Sussexes to create slate for streamer

The Duke and Duchess of Sussex will create films and TV series comprising scripted, docu-series and single docs and children’s programming after signing the multi-year agreement.

The couple said they would focus on “creating content that informs but also gives hope” and several programmes are expected to highlight issues on which their non-profit foundation Archewell has been working.

Several news outlets have reported that shows in development include an animated series focused on inspiring women and a nature documentary. Markle, who starred in US legal drama Suits, is not expected to return to acting.

Their production company will operate separately to the non-profit and is expected to focus on showcasing diversity on and off screen, with diverse hiring practices engaged for a current production recruitment drive.

The couple’s move in entertainment had been widely expected following rumours that have swirled since the start of the year. It comes less than a year after they stepped back from their roles as senior members of the British royal family and vowed to gain financial independence.

For Netflix, the coup rivals the cultural magnitude of signing president Barack Obama and first lady Michelle Obama to an exclusive deal. Financial terms of the agreement were not revealed.

“Harry and Meghan have inspired millions of people all around the world with their authenticity, optimism and leadership,” said Ted Sarandos, co-chief executive and chief content officer of Netflix.

“We’re incredibly proud they have chosen Netflix as their creative home – and are excited about telling stories with them that can help build resilience and increase understanding for audiences everywhere.”

The news comes in the same week Netflix unveiled its first project from a multimillion-dollar talent deal with Game of Thrones creators David Benioff and DB Weiss.

The pair will adapt Chinese sci-fi novel The Three Body Problem, which is the first of three books from author Liu Cixin in the Remembrance of Earth’s Past trilogy.

The books focus on humanity’s first contact with an alien civilisation.