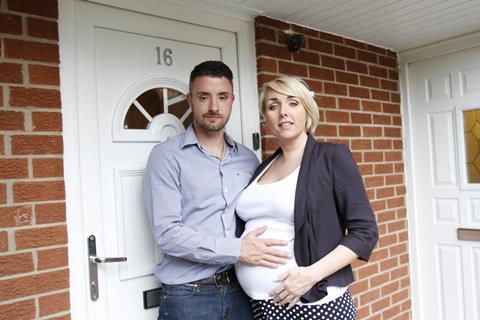 Jane Root’s Nutopia has secured a major 12-part documentary series for Netflix – the latest UK producer to win an original commission from the SVoD service.

The Civilisations indie is producing Babies, a big-budget factual series that will track the first year of a baby’s life, Broadcast understands.

The 12 x 60-minute story will be told from the baby’s perspective and will use a combination of CGI and interviews with experts and expectant mothers.

The show will film in the UK and US.

The idea has been on Nutopia’s development slate for over six years with former BBC2 controller Root previously mentioning the project in interviews with Broadcast in 2010 and 2012.

It is also Nutopia’s latest baby-centric series; the indie previously produced Sky Living’s She’s Having A Baby [pictured], which followed mums-to-be as they dealt with pregnancy and prepared for childbirth.

Nutopia and Netflix both declined to comment on the commission.

The commission makes Nutopia the latest UK firm to win an original order from Netflix.

The order comes as Netflix steps up its non-scripted ambitions and adds more original documentary series and formats to its slate of high-end drama and comedy programming.

It is the latest big-budget commission for the Goodge St-headquartered Nutopia, which generates around 90% of its business from the US.

Following that order, chief executive Root told Broadcast that British producers were in prime position to benefit from the shift towards premium documentary programming in the US.

“There’s an incredible depth of premium programme-makers from the UK, which is really to do with the BBC and Channel 4 having consistently invested in training and commissioning.