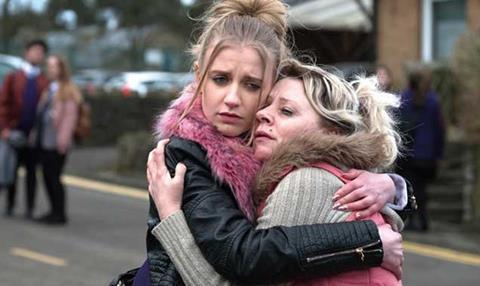 The Forge’s school drama series Ackley Bridge has been handed a bumper recommission by Channel 4 with two series set to air next year.

The broadcaster has ordered 12 episodes of the 8pm drama and will air them in two blocks of six in 2018.

The drama, which is set in the fictional Yorkshire mill-town of Ackley Bridge, home to a largely divided white and Asian population, is currently average overnight audience of 1.3m (7.4%) in its Wednesday slot.

The drama, which stars Jo Joyner, Adil Ray and Paul Nicholls, marks the first regular drama to air in an 8pm slot for 13 years.

It was created by East Is East writer Ayub Khan Din, with Shameless’ Kevin Erlis and Malcolm Campbell.

It will be produced by The Forge in association with Screen Yorkshire and Hugo Heppell will join as executive producer. The series will film in Halifax later this year.

C4 head of drama Beth Willis said: “Roll on the next term at Ackley Bridge. Channel 4 is so thrilled to be working again with the brilliant producing and writing team at The Forge and the super talented cast on this funny, thoughtful, incredibly special show. I’m bagging a seat at the front of the class.”

Ormond added: “We’re over the moon that Ackley Bridge has connected so well with the audience, and our writing team is already brimming with stories for 12 more punchy, funny, surprising episodes.”