Wide-ranging credits include Police, State Of The Nation: A Law In The Making, and Secret Policeman’s Ball 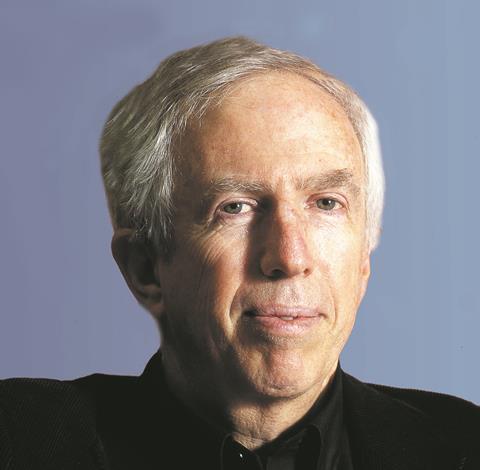 Roger Graef, award-winning documentary maker and a founding board member of Channel 4, has died aged 85 after a short illness.

A prolific producer and director, he became the first documentary maker to be awarded the Bafta Fellowship for lifetime achievement in 2004 and was awarded an OBE in 2006 for his services to filmmaking and broadcasting.

His work covered a range of subjects ranging from public health, politics and religion, and especially crime and the justice system. He was a criminologist and made over 30 filmsni this area, on matters ranging from race and youth offending to domestic violence.

His Bafta-winning series Police in 1982, about the Thames Valley Police force, led to changes in how rape cases were handled.

Graef was born 18 April 1936 in New York and became a successful theatre director and documentarian there before moving to the UK in 1962.

His first UK documentary, One of Them Is Brett, showed that the physical challenges of children with Thalidomide did not stop them from being mentally active.

Graef then went on to make State of the Nation: A Law in the Making about the workings of the UK government, followed by docs on the EU, Occidental Petroleum and British Steel.

He directed several TV specials, including the first three Amnesty International Comedy Galas from 1976 to 1979, the last of which was the first Secret Policeman’s Ball, and co-produced the first Comic Relief with Richard Curtis in 1985.

Graef was a founding board member of Channel 4 between 1982 and 1986 and was also on the board of trustees of the Media Standards Trust.

Alex Mahon, chief executive of C4, paid tribute to Graef: “He became one of broadcasting’s most original and influential documentary film-makers and remained an advocate and critical friend of Channel 4. He believed in its remit that, in his own words, was ‘committed to creativity and risk-taking in cinema, drama, comedy, documentaries and current affairs’,” she said.

“Beyond his contribution to Channel 4, his extensive legacy of documentaries has helped to inform and change people’s views on some of the most challenging aspects of British society and its private and public institutions. Roger was a delight to chat to, to be pushed and provoked by and his love for television and culture shone through in every conversation. He once said that he wanted his epitaph to be that he made a difference. Without doubt, Roger did exactly that.”

Graef founded factual production company Films of Record in 1979, which became part of Ten Alps in 2008 (later Zinc Media Group). He stayed with the group until 2016 and its chief executive Mark Browning described him as ”a powerful and influential voice in documentary-making and journalism”.

He added: “Roger’s pioneering work helped establish documentaries as an authoritative force for positive change in our world, and this became part of the DNA of Films of Record. The contribution which Roger made to the genre cannot be underestimated. His contribution to the industry will be sorely missed, but he leaves behind an industry which is all the better for him having been part of it.”

“He was a true pioneer who gained unprecedented access to many previously closed institutions to make ground breaking documentaries over a long and successful career. He paved the way for documentary film makers and the entire industry with his resourcefulness and relentless pursuit of the truth. It was a privilege to work with Roger, he has always been a real inspiration and support to me personally. He will be greatly missed by us all and our thoughts are with his family and friends at this difficult time.“

Outside of the industry, Graef was a member of the ICA board, founding and chairing its Architectural Forum. His role in the field of architecture and planning has led to public planning changes that are still used today and in 2016 he was made an Honorary Fellow of RIBA.

He became a British citizen in 1992 and was a passionate advocate for social care charities, including the Koestler Trust, the Rehabilitation for Addicted Prisoners Trust, Prisoners Abroad, the Irene Taylor Trust for Music in Prisons and the Voice of the Child in Care, Who Cares? Trust. He was also a patron of  Compassion in Care which campaigned against the abuse of the elderly.

Graef was News International Visiting Professor of Media and Communications at the University of Oxford, as well as being a regular contributor to numerous national newspapers, including the Daily Mail, The Sunday Times and The Guardian, and regularly appeared on BBC Radio 4 and Radio 5 Live.