“Just the thing for January nights and indeed the rest of the year.” 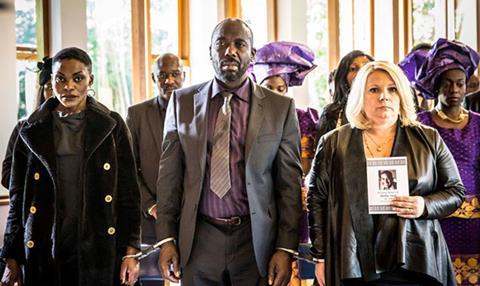 “Joanna Scanlan’s Viv is a brilliant creation, rude as eff and in your face, but also warm and human, and adored by her team of under-resourced crime-stoppers. Rude and warm, it is a lovely combination.”
Sam Wollaston, The Guardian

“It echoes the genius of Abbott’s earlier series Shameless. Just the thing for January nights and indeed the rest of the year.”
Matt Baylis, Daily Express

“No Offence’s plotting is clever, its tone original and its dialogue often glorious.”
Andrew Billen, The Times

“Writer Paul Abbott crammed in more dialogue than could technically fit into the hour. And yet his love of language is wonderfully infectious.”
Jasper Rees, The Telegraph

“The best that can be said for No Offence is that there’s nothing else like it. That isn’t a compliment, more of a fervent prayer of thanks.”
Christopher Stevens, Daily Mail

“Italy’s Invisible Cities could almost be the title of a sci-fi series. Disappointingly it merely sends Alexander Armstrong down various tunnels and mineshafts in search of bits of Italy that aren’t on the surface.”
Matt Baylis, Daily Express

“Visually, this was a remarkable programme. Close your eyes, however, and it was risible. The clichés erupted unstoppably from Armstrong’s mouth.”
Andrew Billen, The Times

“At one point Armstrong and Scott went in speculative search of a house that miraculously had a TV crew waiting behind the front door. Beyond such flimflammery, however, was an adventurous and gripping glimpse of an unseen Italy.”
Jasper Rees, The Telegraph

“Armstrong is so achingly middle-class, the result of generations of breeding solely between Waitrose customers. If he has to crawl half a mile through subterranean heating pipes to reach a bottle of Campania vino, you know there’s no one on television who would do it more willingly.”
Christopher Stevens, Daily Mail

“Naples is a sexy, vibrant place but this episode lacked spirit. The pizzas made my mouth water and the shots of the city were gorgeous, but I couldn’t quite work out the purpose of it all. The whole thing was (apologies in advance) a bit pointless.”
Chloe Hamilton, The i