Our Everest Challenge; The No 5 War; Extraordinary Rituals

“Fickle Mount Everest isn’t willing to accommodate the perfect documentary, but she’ll give you moments most TV journeymen couldn’t dream of” 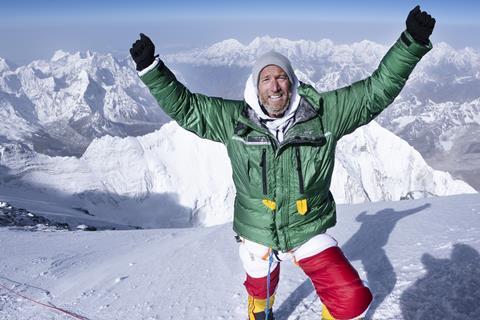 Our Everest Challenge: With Ben Fogle and Victoria Pendleton, ITV

“The last 15 minutes were stunning TV, from the unsettling sight of Fogle reduced to gibbering mania by another almost fatally exhausting day, to the bewildering serenity of him alone near the top, separated from his cameraman by a scary oxygen-mask mishap, filming the unimaginable landscape himself. Fickle Mount Everest isn’t willing to accommodate the perfect documentary, but she’ll give you moments most TV journeymen couldn’t dream of.”
Jack Seale, The Guardian

“His climb boasted some scary vignettes – the sight of him perched, with only his plucky cameraman, on a 45 degree slope, 26,000 feet up, as they awaited reinforcements; the repeated failure of their oxygen regulators. Stir in the thinness of the air, the biting cold and the soul-splintering exhaustion of it all, and this old softie found it hard not to be moved.”
Mark Monahan, The Telegraph

“It was obvious this climb meant the world to him. He wept as he seized the camera at the mountaintop, urging viewers to follow their dreams and never give up. Then he took out his mobile and phoned his wife. There’s a good signal at the summit, apparently. Behind him, a steady queue of climbers trudged past, like office workers lining up for a plateful of stew at the canteen.”
Christopher Stevens, Daily Mail

“When Fogle made his final push for the top there was an actual queue as if it were a Disneyland ride. Everest must tire of her (it seems all mountains are female) human traffic jams. For an hour he hardly moved. Sceptics would conclude that Everest has become a bucket-list ticker.”
Carol Midgley, The Times

“The No 5 War is a fine hour of twists and intrigue. What initially seems like a wicked tale about a difficult genius becomes a jaw-dropper when the Nazis arrive in Paris. It is an unbelievable thriller plot that The No 5 War tells with light wit.”
Jack Seale, The Guardian

“Stéphane Benhamou’s film, which used old footage and retro, comic-book style drawings to evoke the age, was less about perfume than money and told a tale that was glamorous and guileful. I’d like to have known more about her twilight years in this otherwise meticulous, mesmerising film. It could have done with another 15 minutes.”
Carol Midgley, The Times

“We were spoiled for gorgeous imagery, with the third and final part of Extraordinary Rituals travelling to India, Greenland, Australia and all points in between. This series has focused on the rites and customs that mark turning points in our lives, but it’s really been an excuse for beautiful photography.”
Christopher Stevens, Daily Mail