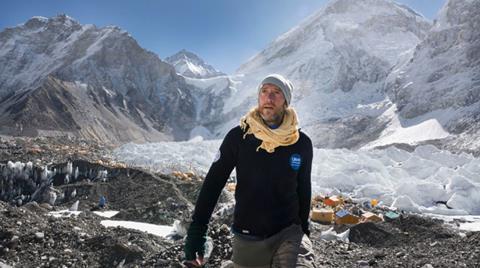 CNN Vision’s one-off, which aired as a three-part series on CNN earlier this year, struggled to cut through, having inherited an audience of 2.2m (11.8%) from Birds of a Feather.

The doc, which followed the adventurer and cyclist’s attempt to scale the Himalayan peak, was well short of the 3.2m (16.8%) slot average.

Fogle and Pendleton drew an older audience than usual – with 40% of viewers aged 65+, against a 30% average.

Behind the Scenes - The Challenge: Everest, CNN International

Swan Films’ four-parter was well down on last week’s opener which informed 575,0000 (4.6%), according to Barb data provided by overnights.tv.