TV Critics: Paragon; Reported Missing; Me and My Dog; Confessions of a Junior Doctor; How To Live Mortgage Free 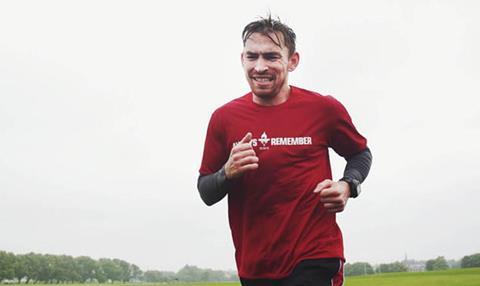 “In skipping so lightly over his 18 months of rehab and the eventual decision to have his injured leg amputated, the programme itself felt oddly skewed, leaving the viewer emotionally underinvested. I would have liked to have known more about how it felt to go, as he put it, from being a marine to someone being spoon-fed by his dad.”
Lucy Mangan, The Guardian

“While undoubtedly inspirational, Paragon could have done with being either shorter or less repetitive, and casting its net a little wider. How do veterans like him really feel about the sacrifice they have made for Queen and country? Perhaps it was judged impolite to ask.”
Jasper Rees, The Telegraph

“Once you start watching the story of a missing person on Reported Missing it is as hard to switch off as it was to leave the room during Deal or No Deal. Yesterday’s final episode was the best of the three.”
Andrew Billen, The Times

“The suspense was worthy of anything fictional police dramas such as Line Of Duty or Broadchurch have thrown at us this year. The series has been an important insight into the work that police officers carry out in missing person cases.”
Chloe Hamilton, The i

Me and My Dog: The Ultimate Contest, BBC2

“I was sad to say goodbye to Me and My Dog, the four-part series presented by Chris Packham and Sian Ryan that takes your mind off impending nuclear destruction for an hour, by offering you the sight of dogs and their owners taking part in various challenges in gentle, kindly fashion.”
Lucy Mangan, The Guardian

Confessions of a Junior Doctor, Channel 4

“The BBC’s excellent six-part fly-on-the-wall documentary Hospital has only just finished. Could yet another nosey around a NHS hospital unveil much that was new? Well, yes, as it turns out.”
Jasper Rees, The Telegraph

How To Live Mortgage Free With Sarah Beeny, C4

“There is a skill to watching and enjoying programmes of this sort, and the skill lies in not paying much attention to the title. I’d like to hand this programme title to some really pernickety lawyers and see what they did with it. It might end up something like Anyone Can Live Mortgage Free Provided They Have Some Land And Are Highly Skilled Builders Who Don’t Need To Earn Any Money For A Year.”
Matt Baylis, Daily Express