“Paula was tense, unsettling and stylish without seeming to try too hard.” 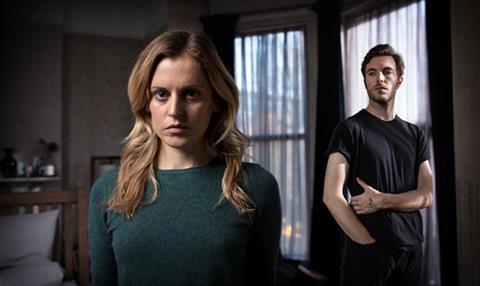 “Hopping between genres with a sustained sense of menace, Paula was tense, unsettling and stylish without seeming to try too hard. I’m not sure where it’s going but I’m intrigued enough to find out.”
Michael Hogan, The Telegraph

“The only good thing about Paula, a truly bleak drama about the dire fallout from a one-night stand, is that anything else you ever experience will feel more cheerful than this. You could put on damp clothes and read French philosophy while listening to Leonard Cohen songs and it would put a smile on your face after Paula.”
Christopher Stevens, Daily Mail

“God, for a woman with a decent job, lovely house and who gets to shag two really quite good-looking propositions inside 40 minutes Paula really is a mardy cow. Every scene is dark, claustrophobic and menacing and the whole thing has a slight air of suppressed insanity about it.”
Lucy Mangan, The Guardian

“If the start of ‘Paula’ is anything to go by, what happens next might not be anything too groundbreaking story-wise. We will have to wait and see. But in style, atmosphere and its two lead characters in particular, this more than grabs the interest.”
Mark Butler, The i

“Tom Hughes (James), following his triumphant Albert in Victoria, is clearly the next big thing. There is something tawdry and low-rent about his villainy, however. The piece is suffused not with evil, but a minor relative of evil. Badness is the word. Paula is a chilling portrait of badness.”
Andrew Billen, The Times

“Paula, the first TV series from award-winning playwright Conor McPherson, isn’t exactly your classic, Guinness-sodden miseryfest but it’s no joy to behold either. It was a relief to see the Gardaí Detective ‘Mac’ McArthur (Owen McDonnell) joining the ensemble just at the end of the first episode, not least because no one else, thus far, had been remotely watchable.”
Matt Baylis, Daily Express

The Truth About HIV, BBC1

“Dr Chris Van Tulleken gave us a harrowing, fascinating and ultimately uplifting tale of modern disease and modern medicine in last night’s The Truth About HIV. He took us through the astonishing story comprehensively and comprehensibly, with help from colleagues and other experts.”
Lucy Mangan, The Guardian

“The ever-engaging Dr Chris van Tulleken was our expert guide in this measured and informative film, which examined the latest treatments and asked if the virus could ever be eradicated for good. To demonstrate the importance of testing, van Tulleken did a DIY one on himself. Happily, he was negative yet it made for surprisingly tense television.”
Michael Hogan, The Telegraph

“The good news was that the EastEnders Kat and Alfie were barely in it, the bad news was that nor was Father Dermott very much. Instead Lance’s death let forth much mawkishness, some of it accompanied by Oirish music.”
Andrew Billen, The Times