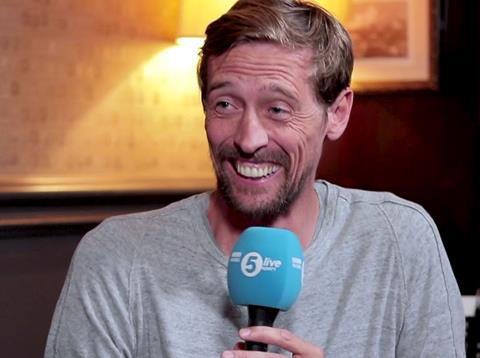 Peter Crouch’s position as key BBC talent could be enhanced by a greenlight for a comedy entertainment show from Fulwell 73.

The BBC describes the 14 x 45-minute series as a “live post-match festival where the world of comedy, entertainment and football combine”.

Crouch will be joined by a team of hosts and celebrity guests each night as they look back at that day’s big Euro game and imbue it with a humorous twist, combining games, VTs and a live house band.

BBC director of content Charlotte Moore and entertainment controller Kate Phillips ordered the series, which will be exec-produced by Fulwell’s Gabe Turner.

Turner said: “Led by the brilliant Peter Crouch, this is an ideal show for BBC1 and we’re looking forward to unveiling the other names on the team sheet as soon as possible.”

Crouch is also the first panellist to be revealed for the BBC’s coverage of the tournament.

Radio 5 Live’s That Peter Crouch Podcast, which the footballer co-hosts with Tom Fordyce and Chris Stark, has just kicked off its third run.

Euro 2020 marks the 60th birthday of the competition and will be held in 12 European cities across the continent, with the BBC and ITV sharing the coverage as per usual.