Pixit eyes US market after merger with reseller ERA

Post-production storage technology firm Pixit Media is to merge with ERA, one of its resellers, as it looks to crack the US market. 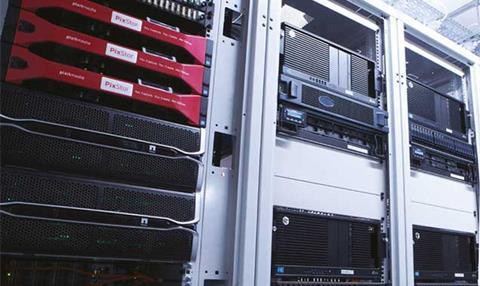 The British companies will unite under ArcaPix Holdings, the parent company of Pixit Media, on 1 April, once a share swap has been completed, but will retain their own brands. ERA was previously a minority shareholder in ArcaPix.

No financial details of the deal have been revealed.

Founded in 2010, Pixit Media develops the scale-out NAS and SAN storage product PixStor, which is used by post houses Envy, Halo and Absolute, and VFX firms Framestore, Milk and Cinesite, among others.

ERA is a PixStor reseller that also offers infrastructure-as-a-service to post and broadcast.

On completion of the merger, ERA will look after managed services and infrastructure sales and services, while Pixit Media will focus on product design and business development.

All 41 staff across the two companies will keep their jobs, with two additional solutions architects due to join shortly. A further four staff are to be recruited for a new office in San Diego as the merged company looks to attract US customers.

ERA commercial director Sean Baker, who will become chief sales officer within the merged company, told Broadcast: “Pixit is growing at quite a rate. There are skills and infrastructure within ERA that will support a lot of what it is doing. The pipeline in the US is very strong. We have had some good recent wins there.”

Baker also revealed that ERA will be tweaking its reseller status. “We are repositioning ERA to focus on infrastructure-as-a-service as well as service and support,” he said. “ERA has no intention of going direct to the end user and competing with other Pixit resellers. Instead, we will be supporting them.”

Root6 and Escape Technology are Pixit’s other UK resellers.

Pixit Media is based in Leatherhead in Surrey and has a technology centre in Rotherham, South Yorkshire. ERA has its headquarters in Chesham, Buckinghamshire, an office in Soho and a small ‘hot desk’ operation at MediaCityUK.